Painting is a two-dimensional visual art medium that portrays ideas, feelings, and thoughts. While we are constantly bombarded with art, there are a few standout pieces that have defied time and society to claim their fair place in history. Hundreds of the famous paintings of India are created by extraordinarily gifted painters, grabbing the interest of art lovers. Every swatch of color serves as a letter on the canvas. Indians have always been known for their rich heritage and culture, be it in painting or art or music, and in today’s time, it is still continued to be in practice, people are always learning through various art and craft classes in order to keep their creative juices flowing.

A few notable works by Indian artists have lasted the test of time and earned a place in art history. Indian painters have created works of art that have captivated the public’s attention. These famous paintings of India have captivated art lovers for years, not just because they are gorgeous, but also because they have a story. Every brush stroke and drop of color applied on the canvas is a word inscribed on it. Painting, like all other art forms, evolved over time. A specific type of painting is associated with each time of Indian history. In reality, some of the most well-known famous paintings of India in our time date from a time when there was a lot of bloodshed and human horrors.

The vibrant, diverse, and captivating folk art and crafts of India reflect the country’s rich cultural diversity. Various famous paintings of India can be found in many parts of the world, each embodying tradition, customs, and philosophies passed down from generation to generation. The majority of Indian painting styles were formerly only available as wall paintings or murals. Urbanization eventually transferred these painting forms to paper, canvas, and cloth, among other things.

The following is a list of the most famous paintings of India, the contemporary era, created by outstanding painters in our country: 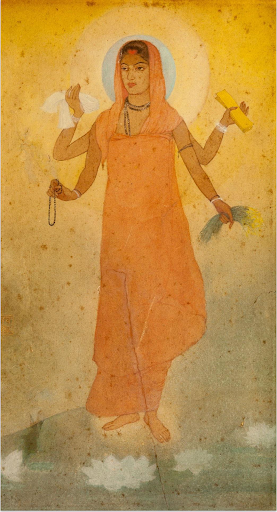 Bharat Mata, one of Abanindranath Tagore’s (the creator of the Bengal School of Art) most famous Indian paintings, depicts a saffron-clad woman dressed as a Sadhvi carrying a book, paddy sheaves, a piece of white cloth, and a garland in her four hands. The artwork, which was extremely important because of its emotional and historical significance, became extremely popular among nationalists in those days and as one of the famous paintings of India, especially in the aftermath of Lord Curzon’s proposal to divide Bengal. Sister Nivedita, a fan of the artwork, planned to transport it from Kashmir to Kanyakumari in order to instill nationalist sentiment among the people of the country. 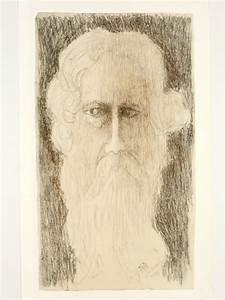 Nobel laureate Rabindranath Tagore began painting in 1924, at the age of 63, while his manuscripts already showed signs of struggle in the countless edits and doodling. Tagore began painting more often at the end of his career, in an effort to make work that was generally accessible. Using brush, pencil, and pen, he created thousands of sketches and drawings, the most renowned of which is his self-portrait. The paucity of color, unworked background, and use of primitive seeming pencil lines enhance this painting’s depiction of the bearded artist’s full-face self-portrait makes it one of the best paintings in India. 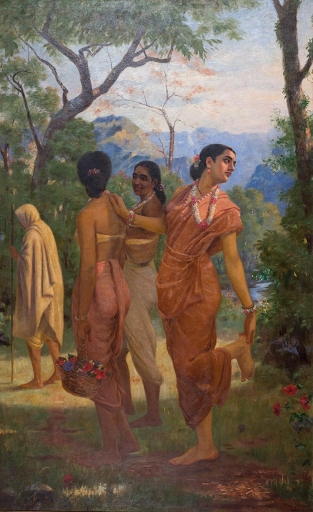 Raja Ravi Varma, a great Indian painter, created the epic masterpiece Shakuntala. Ravi Varma portrays Shakuntala, a key character in Mahabharata, as she pretends to remove a thorn from her foot while truly hunting for her husband/lover, Dushyantha, while her friends mock her. An art scholar, Tapati Guha Thakurta, wrote:

“The viewer is drawn into the tale by the twist and turn of the head and torso, which invites them to place this scene within an imagined series of pictures and occurrences.” The picture is no doubt one of the most famous paintings of India as it stands alone as a frozen tableau (as if it were a still from a moving film), taken from a continuous series of occurrences.” 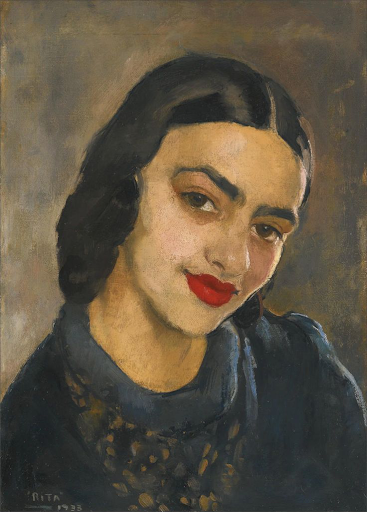 Amrita Sher-self-portrait Gil’s from 1931 shows her at the age of 18 when she was one of India’s most famous modern artists. This is also the artist’s first painting to be presented at Christie’s London that got in the list of famous paintings of India, and one of just eight canvases by Sher-Gill to be auctioned worldwide. Sher-self-portraits Gil’s are painted with almost hypnotic intensity, bringing the observer into the artist’s innermost mind, where a sea of melancholy awaits. 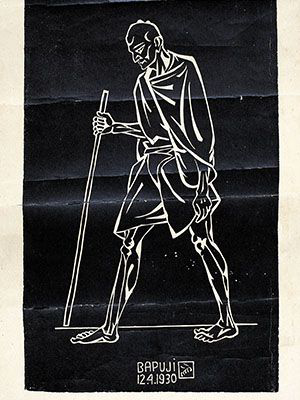 Mahatma Gandhi is regarded as one of the finest liberation fighters the world has ever known. But how many of us are aware that Bapu has served as a muse for a number of modern Indian and international artists? Bapu was an inspiration for all artists, according to the great Nandalal Bose, a Shanti Niketan artist during Gandhi’s lifetime. His iconic linocut picture of Mahatma Gandhi, titled ‘Dandi March’ (with the legend Bapuji, 1930, engraved on it), was created in 1930 and is on permanent display at Delhi’s National Gallery of Modern Art and is now one of the most-watched and famous paintings of India.

As we Sum up, one thing is believed that Indian artisans are known all over the world for their one-of-a-kind creations. This collection of famous paintings of India includes well-known drawings that depict Indian cultures. Each artwork is also distinguishable due to its diverse styles. Each artist drew inspiration from a range of sources when creating their painting. Some have a distinct painting style, while others are influenced by the artist’s cultural background.