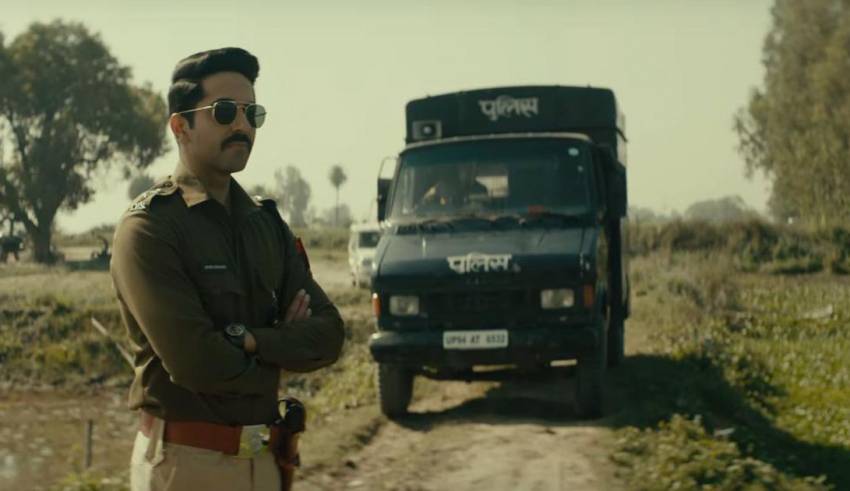 Article 15 has started with a bang and despite the controversy associated with the film and numerous threats coming from Hindu-fringe groups. This crime drama had a box office collection of 5 crore rupees on the very first day of the film’s release. Ayushmann Khurrana has been fortunate and this film was received and appreciated well both by critics and fans.

Article 15 is supposed to be a crime thriller starring Ayushmann Khurrana in the lead role. Other stars who have contributed to the success of this socio-political thriller are Sayani Gupta, Isha Talwar, Manoj Pahwa, and Kumud Mishra. This movie is the directional venture of Anubhav Sinha and the movie is based predominantly on the Indian Constitution’s Article 15 that is known to prohibit any discrimination that is made specifically on the precise grounds of race, religion, caste, sex or even place of birth.

This Anubhav Sinha directional venture also stars M Naser, Sushil Pandey, Ashish Verma, Zeeshan Ayub, and Subrajyoti Bharat. Ayushmann has played the role of a police officer the very first time in his career in Bollywood films. Article 15 has won tremendous acclaim and appreciation worldwide. It is the product of hard work of a truly dedicated team.

The storyline of the film Article 15 has been based on true life events and that includes the Una flogging incident that took place in 2016 and Badaun gang rape that occurred in 2014. Ayushmann Khurrana happens to be the protagonist in the movie and is playing the role of a dedicated police officer. If you browse the Internet for Bollywood box office collection, you could see that Article 15 made a decent box office collection in 2019 and the movie has been received and appreciated well by both critics and fans. As per India Today’s reviews, Article 15 is a daring and courageous film. Article 15 has been produced by Benaras Media Works & Zee Studios. This film was chosen as the opening movie for the 10th London Indian Film Fest that was premiered on 20th June 2019.

Ayushmann Khurrana has proved to be the man with the golden touch, as far as, the Bollywood film industry is concerned. He has been instrumental in churning major hits and brilliant stories to all Hindi movie buffs across the world. Some of his hit films include Badhaai Ho, Vicky Donor, and the latest Andhadhun that won him the national award for best actor along with Vicky Kaushal for his movie Uri-the Surgical Strike. Ayushmann seems to possess amazing singing prowess and acting finesse. Article 15 is supposed to be a highly acclaimed real-life investigative drama.