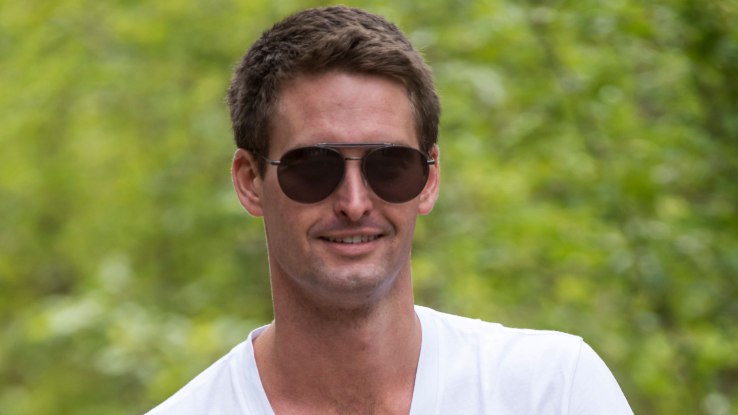 According TechCrunch reports Snap CEO Evan Spiegel got a $637 million bonus last year Snap’s stock investors haven’t made much money since the company went public last year, but CEO Evan Spiegel still got a hefty payday. According to an SEC filing, he was granted an RSU of 37,447,817, which vested at the time of the IPO. In other words, that was worth nearly $636.6 million. His salary for the year was $98,078, and he had over $1 million in other benefits, so all in all, Spiegel made $638 million in 2017 alone. That’s a lot of money. But the Snapchat co-founder also started the whole thing. It isn’t the norm, however. It’s said to be the third-highest CEO payout ever. It’s also just a fraction of Spiegel’s overall net worth, which is estimated to be almost $4 billion. And he wasn’t the only executive to get a big payday. Chief Strategy Officer Imran Khan netted over $100 million and the company’s new general counsel Michael O’Sullivan earned almost $17 million, for less than half a year’s work. Former general counsel Chris Handman earned over $54 million for the first seven months of last year. Snap’s stock also faced a steep drop earlier this week after a Citi analyst gave it a downgrade following negative reviews about the app’s redesign. Many were quick to blame Kylie Jenner’s tweet about her losing interest in the platform, but the truth is Jenner was just one of the millions of people who criticized the update (albeit one of the more influential people).]]>