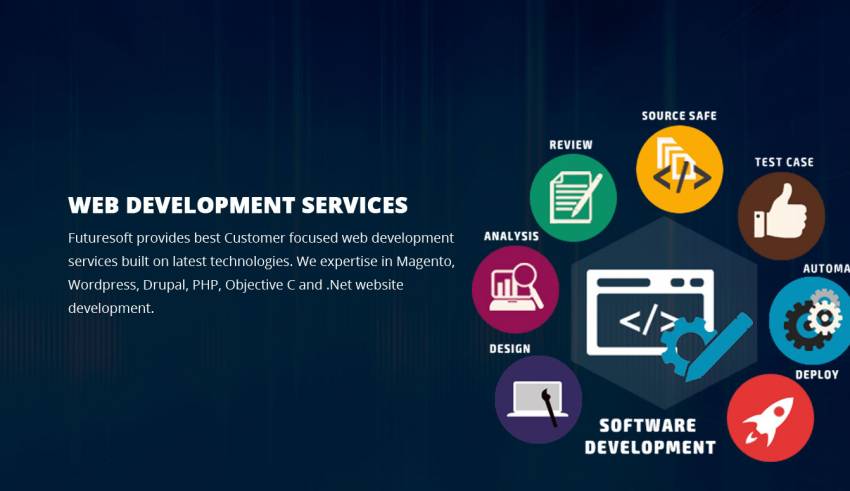 The evolving nature of the web development company world is both the worst and the best aspect of it. To remain in the industry successfully, it is important that web developers keep exploring and learning new programming languages.

Utilizing various web development tools is quite necessary to implement something unique. Exploring new horizons is vital where there is evolution. Having a better hand son different development platforms and programming languages will bring pace to technical management and website optimization.

Being a developer you may be aware of the fact that there are numerous web development platforms to work with and fetch the best results from them. However, a comprehensive know-how about what’s actually going to work out well as per prevailing trends may be useful.

Among the so many resources and tools available for web development, pave your way to the best-expected results with the topmost considerations mentioned here:

Vue.JS is a JavaScript library that supports building web interfaces and can also be implemented as a framework when combined with other tools. It had been showing up significant progress on the last 4-5 years of its release in 2013.

Vue comes with little baggage and the absence of pedigree is one of its most considerable advantages. The mistakes that had occurred with React and Angular had been recovered perfectly well. It is lightweight and easy to learn, also, it could be a good solution for developers on board.

Angular had been keeping up its place as one of the topmost front-end development tools and a reliable Google product. Over long years of existence and evolution with several different versions, Angular had been known for getting better. There exists a vast community of developers using Angular with positive reviews.

This opens source web development simplifies development processes by providing readable, development accessible and expressive environment. There are several other considerable features that it carries.

Apart from cross-platform mobile app development, Ionic 2 is a perfect alternative for front-end development. It is also known to be suitable for the development of native and web apps. Listed below are some considerable advantages of it:

The Node Package manager for JavaScript, Npm discovers reusable code packages assembling them in effective new ways. Used as a command-line utility it is one among the most preferable front-end development tools.

TypeScript had been designed especially for the development of large JavaScript development. This syntactical JavaScript superset allows optional static typing. Some salient features of this front-end development tool are:

Allowing the creation of picture-perfect grid designs, Grid guide is a simple tool that can bring up valuable workflows. Its important features include:

As far as task automation is considered, Grunt is the most preferable front-end development tool. This JavaScript task runner comes with bundled plug-ins to handle several common tasks. It is extensible and allows you to write for different kinds of tasks. In fact, the best of it is when you combine various tasks to come up with the powerful ones. This tool is widely accepted and flexible. Some  of its features are:

With a collection of packages and libraries, Meteor is a full-stack JavaScript framework and one of the topmost front-end web development tools. Built using the concepts of various other libraries and frameworks, it makes prototyping easier. Some of its important features include the following:

Utilizing version control is a must irrespective of project sizes. They can save you a lot of work and headache, knowing that you had been working on the same projects. In order to gain a little understanding of what happens underline, it is suggestible to learn at least the command line. This is going to affect tasks in case you end up making an accidental commitment to the wrong branch.

This graphical user interface for Git allows you to control it without CLI and also commit history in the graph structure. You can view the history of these files, use rebase workflow and lot more. It is, therefore, one of the best front-end development tools.

This is again a front-end development tool providing support for faster development. It minifies combines and syntax checks JavaScript. It also helps in optimizing images. Its features include:

It is designed to provide with smart assistance for JavaScript. Its smart coding assistance is available for Angular, Vue.JS, React.JS and Meteor. When dealing with larger projects it allows developers to manage tasks more efficiently. Here are some of its features:

This development tool allows writing future proof and maintainable code with significantly less amount of CSS. It had been known to define the genre of modern CSS preprocessors, establishing itself as one of the most popular front-end development tools. It’s a combination of nesting, variables, and mixins rendering simple CSS on compilation. This makes your stylesheets more DRY and readable.

This is a great support for building websites and applications that are fast, robust and adaptable. It is basically a set of files that can be downloaded and utilized by the developers as a foundation for any websites. Its features include:

Backbone.js is a perfect tool to give structure to various web applications by incorporating custom events and key-value binding with the models. Some of its salient features include the following:

This is a development environment for front-end developers and designers. It supports faster and smoother development. Along with building and deploying websites, it allows building test cases for them. For the quality of the coding environment it provides it is considered to be one among the best front-end web development tools.

This is a cross-platform proprietary source code editor. It supports many different programming and markup languages natively.

Allowing designing efficient apps, responsive websites, and emails, Foundation is a responsive front-end framework for any accessibility, device, and medium. Some of its salient features include the following:

This widely used JavaScript library empowers front-end developers by allowing them to excel in functionalities of different types. It eases many tasks like manipulation, HTML document traversal, and Ajax. Its features include:

This is one of the reliable development plug-ins offering you with accessible and good quality modals. Some of its features are:

Extending support for CSS language Less is a pre-processor. It allows the developers to utilize various techniques to make a CSS more extendable and maintainable.

The above-mentioned web development tools are likely to rule the arena in 2019. Knowing them well would be a great decision.