Big Questions Need To Be Asked As PSG Falls Short Once Again In The Champions League against Real madrid As the curtain closed on another unsuccessful Champions League campaign for Paris Saint-Germain, there was an all-too familiar ring to the comments following its elimination by Real Madrid. The coach insisted the club can win the trophy one day and the disappointed president said things must change for the better. This was after PSG’s 2-1 home defeat to defending champion Real Madrid completed a resounding 5-2 aggregate loss. 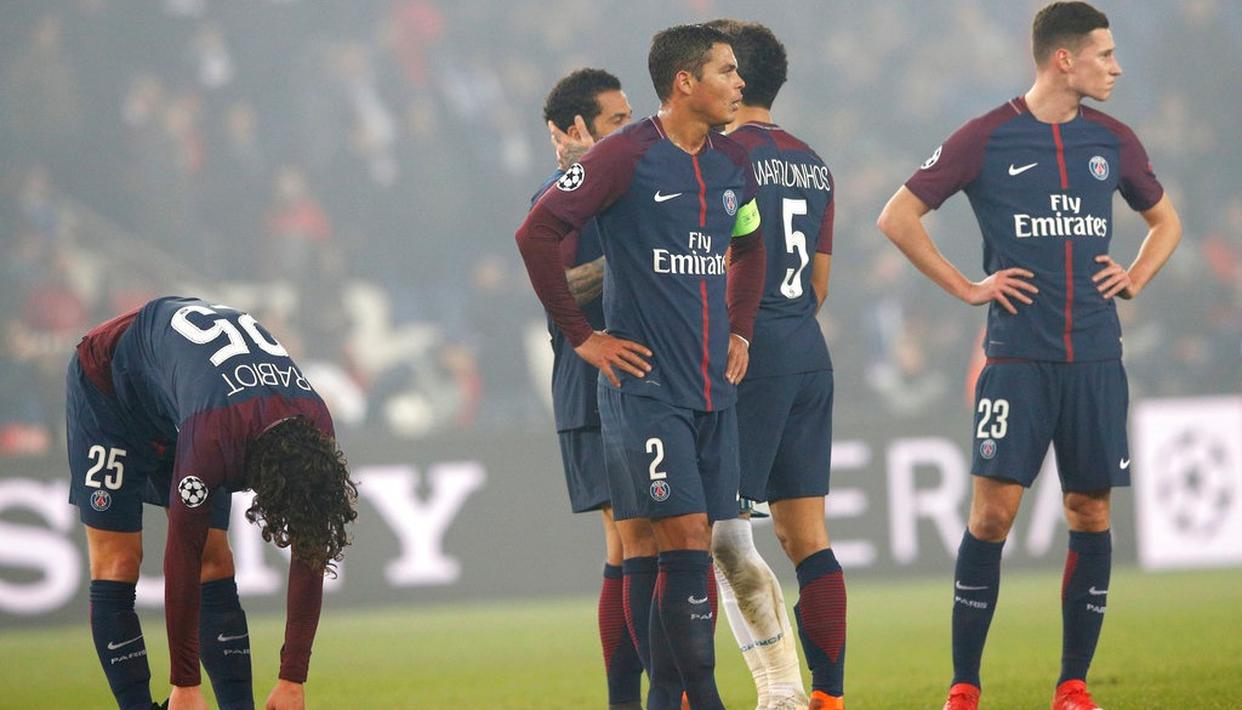 “We didn’t do what we had to,” PSG president Nasser Al-Khelaifi said. “We’ll speak with the players. We’re angry. We’ll think about what we need to do.” He said much the same after last year’s humiliating elimination by Barcelona, when PSG made history by becoming the first team eliminated after winning the first leg 4-0. The 6-1 defeat to Barca in the return leg made a huge impact on confidence still felt today. Against Madrid on Tuesday, PSG defended poorly on both goals, having conceded two sloppy ones late in the first leg. The fact PSG led 1-0 in Madrid, and impressed in spells, adds to the frustration. 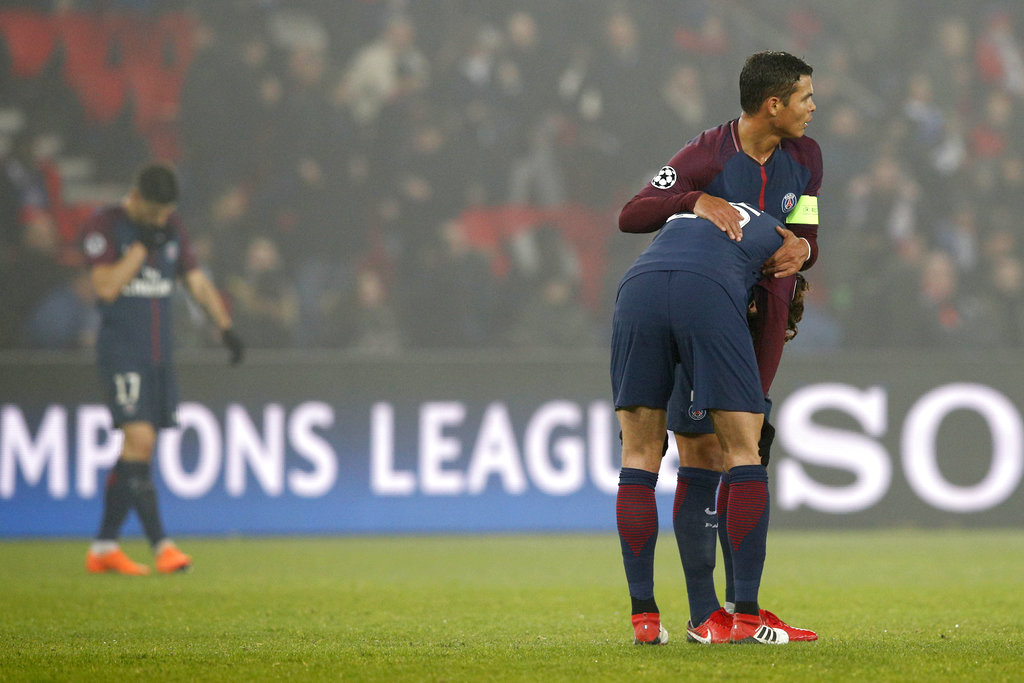 In 2013, Al-Khelaifi predicted PSG would win the Champions League within five years. That time is up. A rare and more accurate assessment of where PSG stands came from PSG center half Marquinhos. “It shows we need to keep working, we need more maturity,” he said. “I don’t think we can win this competition right now. We made a lot of mistakes in terms of our concentration.” The club appears to have regressed under coach Unai Emery. Hired to deliver European glory, his team has been beaten two seasons running in the last 16, with 11 goals conceded in those four games. His contract runs out in June. Since Qatari owners QSI chose Al-Khelaifi to launch the club into a new direction in June 2011, PSG has not gone beyond the quarterfinals. They let coach Carlo Ancelotti go to Real Madrid after stalling over his demands for a new contract and then unceremoniously dumped Laurent Blanc — his replacement — in the summer of 2016 to make way for Emery.Sacking Blanc cost PSG around 24 million euros ($30 million) in compensation for him and his staff: A massive sum rendered more surprising by the fact Blanc had been awarded a new contract just months before. Money clearly seems no object. But despite breaking the bank to sign the world’s two most expensive players for a whopping 402 million euros ($500 million), PSG still seems to be a team drifting away from its lofty ambitions. Neymar, one of those huge signings, is recovering from surgery on his right foot back home in Brazil. But his wastefulness in the first leg arguably contributed as much to the 3-1 defeat as the team’s sloppy defending did. If he’d passed more, PSG might have sneaked a 3-3 draw. Also, PSG was red-faced in the first leg because it did not have a fit holding midfielder, inconceivable considering the club’s wealt In Tuesday’s return leg, patched-up veteran Thiago Motta — 35 and lacking match fitness — did his best but for all his tactical nous, his legs are going. This latest loss threatens to resonate off the field, too. PSG needs to find ways to balance the books, after being placed under investigation by UEFA for potential breaches of Financial Fair Play rules over the signings of Neymar for 222 million euros ($260 million) and Mbappe for 180 million euros ($216 million). Elimination will be costly. PSG misses out on 6.5 million euros ($8 million) for reaching the last eight, and chunks of several million each in terms of TV rights, ticket sales and high-end hospitality revenue probably taking that figure to around 20 million euros ($25 million). Some sought-after players, such as midfielder Marco Verratti, might leave. However, question marks remain over Verratti’s composure, underlined by his sending off in the second half on Tuesday: a second yellow card for vehemently remonstrating with the referee. Even when Blanc was in charge, he repeatedly warned Verratti to hold his temper. Added to a lack of composure from key players is a casual code of conduct behind the scenes. A little more than a week before the first leg in Madrid, and less than 48 hours before a French Cup game, Al-Khelaifi and Emery attended Neymar’s lavish 26th birthday party in Paris. Neymar invited around 250 guests, and for some, the boozing continued into the early hours. Many videos of the players partying and dancing circulated on social media. It seems easy to imagine what Madrid’s players might have thought, so close to such a big game: Is PSG seriously taking us this lightly? After Tuesday’s defeat, Spanish sports newspaper Marca carried the mocking headline “Para Que Aprendan” (That Will Teach Them). After another failure on the European scene, it is clear serious lessons need to be learned. written credit  Associated Press Television News |]]>