Fallout: New Vegas is an action role-playing game developed by Obsidian Entertainment and was published by Bethesda Softworks on October 19, 2010, in North America. It can be played on all the platforms, including Playstation 3, Microsoft Windows, and Xbox 360. It can not be directly called the sequel of Fallout 3, but it uses the same engine and style as it is in Fallout 3. There are found some of the elements of Fallout 2 as well.

Fallout: New Vegas has improved some of the existing elements and added some more new features, including the old ones. In Fallout 3, players could switch from a first-person Perspective, and New Vegas has come out with an improved third-person view.

In Fallout 3, players could craft items, to only some unique weapons. New Vegas allows creating the drink, food, drugs, and crafting some more amazing features compared to Fallout 3. Besides crafting, players can also modify weapons through special firearm modifications. You can do modifications by searching them in Mojave, or you can purchase them from vendors.

There are unique weapons found in Fallout: New Vegas with different textures and decorations. A total of 81 unique weapons are located in the game. You can find some of the weapons after completing a quest.

The higher damage output of these weapons can often lead to a lack of flexibility.

Hardcore mode, an optional setting in this game, makes the playing environment more realistic. According to the director of this game, Josh Sawyer, this mode was inspired by many different Fallout 3 modes. It includes elements like dehydration, non-immediate healing. Players should drink, eat and sleep to avoid dehydration; failing to do so can even lead to the death of a player.

V.A.T.S. improved the combat system, with many new V.A.T.S specific attacks. You can see many changes in Melee Weapons, including special moves in V.A.T.S, like ‘Forel’, ‘Ranger takedown’.

Reputation means the way to measure your character’s feelings. It is a feature that was found in Fallout 2 but was not there in Fallout 3 but was reintroduced in Fallout: New Vegas. Reputation can be modified by completing quests.

The companion wheel allows players to switch the companion’s tactics like behaviour, the nature of their attack; companions can treat the player’s injuries and can talk to them. You can have two companions at a time.

There were six ad-on packs of downloadable content that Bethesda Softworks released. These were:

The console can be referred to as a debugging tool. It works on PC and is used to alter the contents in the game. These commands can unlock restrictions and test new characters. It is basically a good option to win the game in all possible ways.

How to use console commands?

Here are some of the Fallout: New Vegas console commands you must know:

This command moves the character to the quest target location.

It shows you the log of each and everything that the player has completed in the game.

It reset all the process for a specified quest.

It deletes any item you want.

It sets the scale of any item in the game.

It helps you to activate the item you want.

It deletes the targeted item from the game.

Moving to an item

It moves you to the nearby item.

The specified amount and quality items are placed next to the player.

You can save your game

You can load the saved game using this command.

This command helps you to quit the game without the use of menus.

You can also alter a player’s reputation and faction through these commands.

Below are mentioned all those commands:

It increases your reputation with a faction. You can enter value 1 for fame. The highest value is 100 that you can attain.

It removes reputation with a faction. The lowest value is 0.

It can set your reputation with a faction. The highest value is 100.

Remove from all Factions

It can remove you from the “player faction”. You can add yourself again to the player faction with the command “player.AddToFaction 0001b2a41”.

These were some of the foremost console commands which will surely help the player to win the game.

Apart from this article, gather some information about Lil Pump, an American rapper. Lil Pump net worth is $8 million at the age of just 21.

And, If you are working on Windows 10, there is a possibility of live wallpaper in windows 10. You can do this by installing a third-party application, say VLC media player. Play any video you want to be set as wallpaper, then select option, ‘set as wallpaper’. Another way is you can have a software on your PC named ‘lively wallpaper’ that turns your video into Desktop wallpaper.

Custom Soap Packaging Boxes Soaps are the need of every person on daily basis. For a healt… 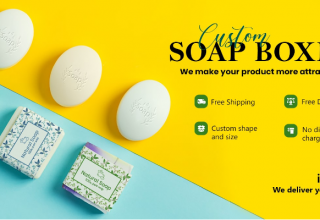 Custom Soap Packaging Boxes Soaps are the need of every person on daily basis. … 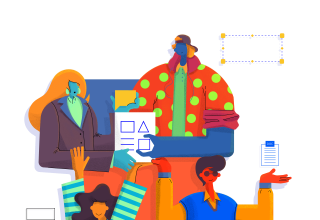