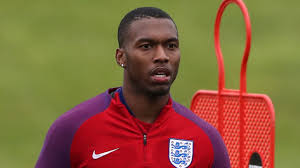 Daniel Sturridge: Inter Milan table loan offer for Liverpool contemplate selling England striker Inter Milan have made an offer for Daniel Sturridge after failing to hold down a first team place at Liverpool. The England striker, who has been out with a hamstring injury since the beginning of December, is searching for first team football in order to make England’s world cup squad.It looks unlikely, but Inter Milan and Sevilla have expressed interest in taking the 28-year-old on loan.And now Roma are set to join the race too.The Daily Star report that the Serie A club have lined up Sturridge as a potential replacement for Edin Dzeko, who is the subject of strong interest from Chelsea. Chelsea are hopeful of completing deals for Dzeko – and Roma teammate Emerson Palmieri – before the transfer window closes, and if they do then that could impact on Sturridge’s future. Liverpool, for their part, say they are yet to receive any official offer for the forward, who has scored 63 goals in 133 appearances for the Reds. but according bbc news reports Liverpool are in no rush to let him go as he would be fully expected to get game time with Klopp’s side still involved in the pursuit of a top-four place in the Premier League, the Champions League – where they face Porto in the last 16 – and the FA Cup, with a fourth-round tie against West Brom at home on Saturday.]]>