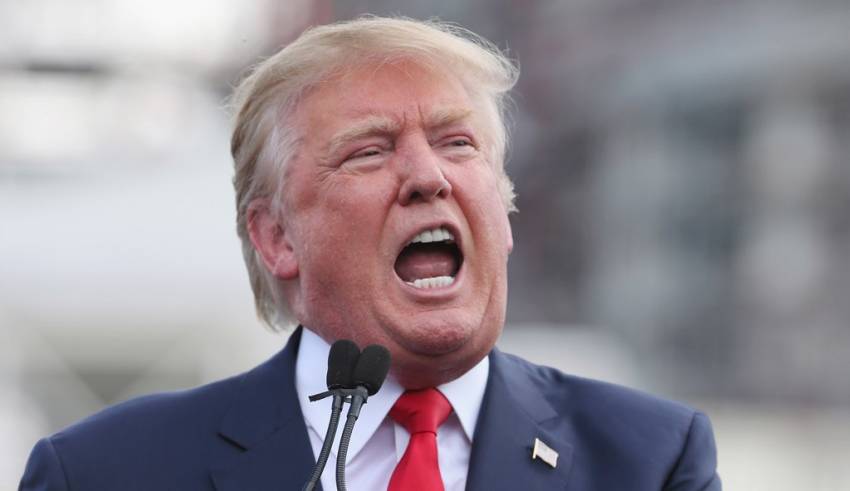 President Donald Trump insisted Sunday that he was “not a racist,” after his reported denunciation of immigration from “shithole” countries triggered a global firestorm of criticism.

Trump on Friday tweeted a convoluted denial about the comments, which were reported by The Washington Post and The New York Times and confirmed by Democratic Senator Dick Durbin, who attended the meeting at which they were said to have been spoken.

“I`m not a racist. I am the least racist person you have ever interviewed, that I can tell you,” Trump told reporters at the Trump International Golf Club in West Palm Beach, Florida, where he was having dinner with Republican House Majority Leader Kevin McCarthy.

The alleged expletive came during a Thursday meeting between Trump and legislators about immigration reform.

After lawmakers raised the issue of protections for immigrants from African nations, Haiti and El Salvador, the president reportedly demanded to know why the United States should accept immigrants from “shithole countries,” rather than — for instance — wealthy and overwhelmingly white Norway.

In Florida, Trump also sounded upbeat on North Korea, after confusion emerged over whether he had suggested in an interview that he had a good relationship with North Korean leader Kim Jong-Un.

The president said he was misquoted, which recordings appear to corroborate.

“We`ll see what happens with North Korea. We have great talks going on. The Olympics you know about. A lot of things can happen,” he said.

Trump said he was trying to clinch an immigration deal, but that his Democratic rivals were unhelpful.

“We`re ready, willing and able to make a deal on DACA,” Trump said, referring to the Deferred Action for Childhood Arrivals that protects immigrants brought to the United States illegally as children.

Trump announced in September he was scrapping the program, but with a six-month lag — meaning those covered by DACA would be subject to deportation starting March.

“You got people pouring in. They don`t want to stop drugs. and they want to take money away from our military, which we cannot do.”

Analysts and businesses say the economy could lose $215 billion in GDP if the 800,000 so-called “Dreamers” leave the labor pool, at a time when many firms are finding it hard to fill open positions.

A US judge this week ordered the federal government to reinstate DACA pending final judgment on the justification for overturning it.

That would allow Dreamers to apply to renew their status under the program implemented by President Barack Obama in 2012, unless overturned by a higher court.

After lawmakers raised the issue of protections for immigrants from African nations, Haiti and El Salvador, the president reportedly demanded to know why the United States should accept immigrants from “shithole countries,” rather than – for instance – wealthy and overwhelmingly white Norway.