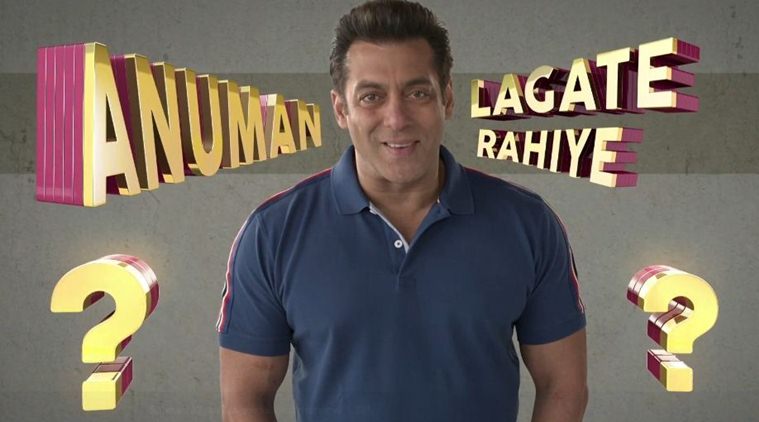 Dus Ka Dum season 3: The teaser of Salman Khan’s show leaves viewers curious with unanswered questions, watch The Bhaijaan of Bollywood Salman Khan is now all set to entertain the audience again after the successful season of ‘Bigg Boss 11  Salman Khan is all set to be back on Television with his game show, Dus Ka Dum. The actor, who recently shot for the promo of the TV show looks pretty excited to be back on TV as well. Sony channel will soon launch the fun game show ‘Dus Ka Dum is supposed to go on air sometime around May this year, has unveiled its first sneak peek promo. The promo video has Salman Khan, asking the viewers to keep on guessing when and why will he be back on Television. And it’s not that difficult to guess that he’ll be back with Dus Ka Dum soon. The brand new season of Dus Ka Dum is reported to be even bigger and better then the first one. Just like their flagship game show Kaun Banega Crorepati 9, the makers of Dus Ka Dum are The makers and channels have also worked on a mobile app through which one can win a chance to be on the show. The app would be released soon and the channel is heavily depending on the second screen interaction and participation, something that worked wonderfully well for them in Kaun Banega Crorepati.” First season of ‘Dus Ka Dum’ was aired  in 2008 and returned with season 2 in 2009. And now, after a gap of 9 years, the show is making a comeback featuring commoners, Bollywood and Television celebs. Meanwhile, if sources are to be believed, Salman khan  will receive a whooping amount of Rs 78 cr for 20 episodes this season. The show is expected to launch after the completion of IPL season 11.