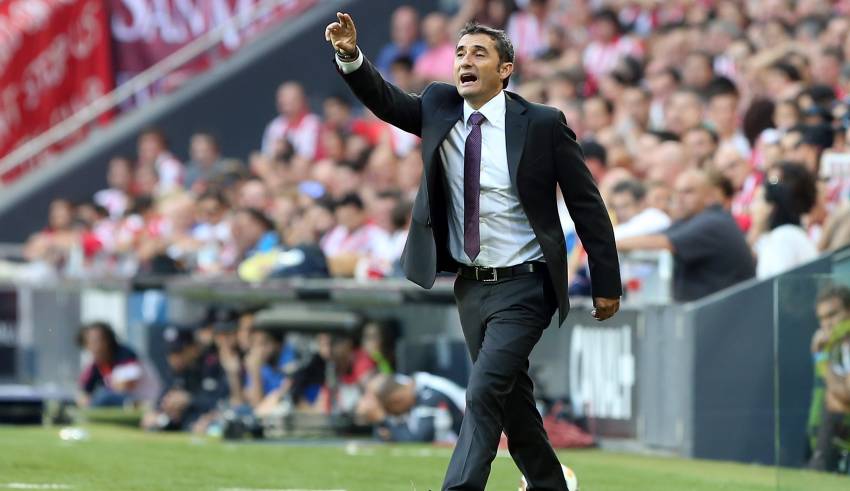 FC Barcelona boss Ernesto Valverde hasn`t taken long to convince the doubters and make himself a hero at the Catalan football club.   FC Barcelona boss Ernesto Valverde hasn`t taken long to convince the doubters and make himself a hero at the Catalan football club. Despite beginning his time in charge at Barcelona with a defeat to Real Madrid in the Spanish Supercup in August, the former Athletic Club Bilbao tactician has been able to turn things around, reports Xinhua news agency. barcelona side is unbeaten in the La Liga with a nine-point lead over Atletico Madrid and a 14-point advantage over traditional rivals, Real Madrid, whom they humiliated 3-0 in the Santiago Bernabeu Stadium before Christmas. Barcelona were reeling from the loss of Brazilian forward Neymar to Paris Saint-Germain and seemingly struggling to find a replacement. “Neymar`s departure was a difficult moment for the club. We can`t deny that,” said Valverde in an interview on the Barcelona`s official website. Ousmane Dembele finally arrived from Borussia Dortmund to try and fill the large Neymar-shaped gap in the squad, but the coach admits the 20-year-old is not a direct replacement for the Brazilian. “Any Barca player is a different player. Dembele`s profile was different to anything we had,” he said. “He is able to play in various positions and is very fast. We have a big squad, we`ve made good replacements up to now.” Dembele`s impact has so far been limited by a serious injury suffered in Getafe in September, but Valverde said the striker was “coming back” in the near future. Meanwhile, Lionel Messi continues to spearhead Barcelona with 15 goals and countless assists this season. “Messi is the best player in the entire world. He does something extraordinary with every ball he touches. We have the incredible good fortune to have him at our club and to have his enormous commitment to the club and the team,” commented Valverde. The important thing is to create chances -the goals will come. Luis is an aggressive player with his finishing and is always close to scoring. I wasn’t worried when he wasn’t scoring as much because it was a question of time before he found the net again. Also, we have players who are able to score, and it’s important that there are so many players who score goals.” Barcelona kick off 2018 on Thursday when they travel to play Celta Vigo in the King`s Cup on Thurs]]>