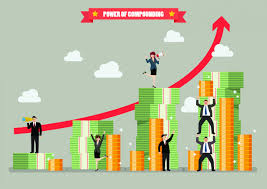 Today, each of us is striving hard to earn more money with the limited time we have in our hands. We all want to maximize our earnings with a little effort. We have several financial goals related to our higher studies, provision for retirement, or a child’s marriage. To satiate this ever-increasing pool of demands, several individuals use a method that can put their money to use and thus fulfill their monetary requirements. This method is known as compounding. Compounding helps in growing the money of the investor exponentially over a while. 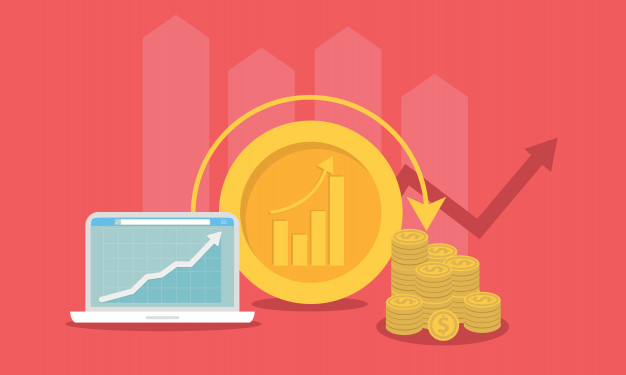 Compound interest has been termed as the eighth wonder of the world. One who understands it earns it, and the one who does not understand it pays it. Under compounding, the return or the interest that an individual earns on the investment he makes is added to the invested capital or the principle. This helps the investor earn future interest on the cumulative amount.

Thus, compounding occurs when the interest generated on the sum invested in the first period is added to the sum itself and this amount is used to calculate the interest for the following periods. This process is continued as long as the money of the individual stays invested in the financial institution. No wonder, compounding is a treasure trove of the exponential growth of the funds.

Unlike simple interest where the interest is calculated on the principal amount only, compounding creates a chain of events thus computing interest or returns on a higher amount for each successive time period.

It is a good idea to understand the power of compounding with the help of an example.

Suppose we have two investors Ravi and Kishan who are in search of some money generation opportunities with each having a sum of INR 1 lakh in hand. After thoroughly researching the numerous avenues available, they get an opportunity of earning the returns at the rate of 10% per annum. Both, Ravi and Kishan decide to invest their money in the instrument for 10 years each. The only difference in their investments is that Ravi opts for a simple interest whereas Kishan opts for compound interest.

Although there is just one variation between the two investments, Ravi earns INR 200000 whereas Kishan earns INR 259374 at the end of their investment tenure i.e. 10 years. Thus this one difference costed a loss of INR 59374 for Ravi. This is how the power of compounding helped Kishan earn a corpus that was INR 59374 higher than that of Ravi’s.

How did this happen?

Since Kishan opted for the compound interest, every time he earned interest on his sum, this interest got added to his principle to calculate the subsequent returns. Whereas, Ravi, who opted for simple interest got the interest only on his initially invested amount.

How does the Power of Compounding Help in Wealth Accumulation?

Since the returns on the investments also start earning interest on them, the investor’s profit in the investment starts accumulating at a rather fast pace. Thus investors in compound interest instruments appreciate the value of time this requires for wealth accumulation.

One can refer to the table given below to get a precise understanding of this phenomenon:

Thus, it can be seen from the chart above that a sum of INR 10 lakhs can convert into a maturity amount ranging from INR 16.1 lakh after five years to INR 1.745 crore after thirty years. One can clearly see how compounding has resulted in the extra amount earned in the five years increased exponentially over the time period.

One learning we can get from this model is that an individual who invests his money for a period of 30 years can earn around 17 times his invested capital whereas an individual who saves for 20 years would earn only 7 times his capital. Therefore, it is a bright idea to start investing as soon as possible to reap the maximum benefits through the power of compounding.

Things one must know about the Power of Compounding

Thus, one can say that power of compounding is a very powerful tool if the investors are smart enough to start early and give the principle sufficient time to accumulate a good maturity value.