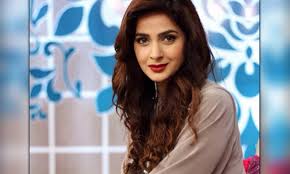 <![CDATA[]]>
<![CDATA[]]>
Home entertainment Hindi Medium Actress Saba Qamar Discriminated Against For Being A Pakistani; due to Pak’s poor image

During a talk show on a Pakistani channel, the actress gave her own example and said that people look at her with suspicion at international airports when they realise that the passport which she is carrying is of Pakistan.

Qamar, one of Pakistan’s most popular and highest-paid actor, She narrates an incident in the 49-second video about the time when she went to Tbilisi, the capital of Euresian Georgia. She says, “When we went to Tbilisi to shoot for a film, all the Indian crew was allowed to go, but I was stopped. It was because of my passport. I was from pakistan. They did full investigation. They let me go only after an interview.”

In the 6-minute long video, which has now gone viral on internet, the actress broke down while talking about her experiences and how feels when she travel abroad. The lady with tears in her eyes said that she has now “realised her country’s position” in the world and she is paying for being a Pakistani.

It’s not just #SabaQamar who feels humiliated. All #Pakistanis feel humiliated when we are considered a terrorist state, when our children are killed like flies & we can’t get justice for them, when terrorist like #HafizSaeed roam around freely & we watch them helplessly. pic.twitter.com/pHalKqo7cq

“We were at the airport and while all my Indian crew went ahead, I was detained. I was thoroughly checked and it was the most embarrassing and humiliating moment for me. This is just because I was a Pakistani,” she said.

Qamar further talked about Zainab (the 7-year-old girl who got raped and murdered).

“Who do I demand justice from? I am crying like she was my daughter or my sister. She is not even my blood relation, but I am crying. Her family must be dead inside,”the 33-year-old said while lashing out at the law enforcement agencies.

4-year-old Aasma abused and murdered in #Mardan, #Pakistan. The city is in #KP which is ruled by certified ” Sadiq and Ameen”. No media frenzy, no one demanding justice for her, no one demanding resignations? @odysseuslahori @Asma_Jahangir @ImranKhanPTI @MJibranNasir

“I am a fighter. I appeal to all the women in the world. Look around, speak up. Don’t allow women to be humiliated and treated this way, take matters into your own hands. Train your girls, if someone is touching you the wrong way, slap him. We cannot allow this to continue and become a norm,” she noted.

Police have made no major breakthrough in the rape and murder of Zainab even as two new images of suspects were released five days after her body was recovered from a dump.

Punjab Inspector General Arif Nawaz admitted that “there has been no major breakthrough so far”.

Zainab went missing on January 4 while heading towards a relative’s home. Her bruised body was found a few days later in a dump in the city.

The brutal murder of the minor has incited anger among residents as it is the 12th such case to occur in Kasur city. Kasur made international headlines in 2015 when a gang of paedophiles running a child sex ring was busted.Saba Qamar was already a big name in Pakistani films and television before entering the Hindi film indutry with Hindi Medium. She has been parts of projects like Udaan, Baaghi Jinnah Ke Naam and Aina in the past. Her acting in Hindi Medium was also apperciated.

Fans of the actress and a lot of fellow Pakistanis have been sharing the video on social media right now, with sentiments resonating with that of Saba’s. This only goes on to say that while power play and politics makes countries take certain steps and decisions, the aam junta is always for love, peace and harmony.