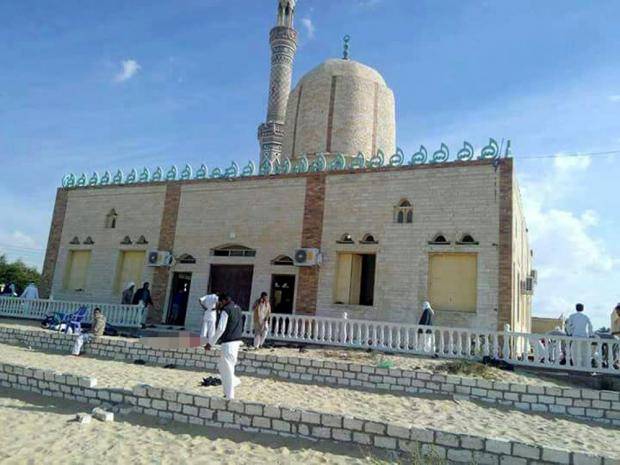 <![CDATA[]]>
<![CDATA[]]>
Home news In a disturbing north-eastern region of Egypt, terrorists attacked a mosque on Friday during Zuma prayers, killing at Egyptian Health Ministry spokesman Khalid Mujahid described this incident as a ‘terrorist attack’. It has been said in a report that it seems that the people targeted have been supporters of the security forces. Local people say that people who followed the Sufi view in this mosque used to come to this mosque. About 50 ambulances were sent to the hospital to take the injured to the hospital. So far an organization has attacked this Have not taken responsibility. The Egyptian government has declared a national mourning for 3 days. President Abdul Fatah al-QC will hold an emergency meeting with officials to discuss the incident. There have been several violent attacks since the January Revolution of 2011 in northern Sinai, Egypt. President Hosni Mubarak’s rule went away in January 2011. After the ouster of Mohammad Morsi from the presidency in 2013, the attackers targeted the police and the army in northern Sinai. More than 700 security personnel have been killed since then. Army has started military operations in the area, arrested suspects and demolished the houses of terrorists. There are many terrorist attacks in Egypt this year. On the 26th of May, taking part in the Christian community in the middle of Egypt The bus was attacked by gunmen, in which at least 28 people were killed and 25 others injured. In Alexandria and Tanta, two suicide attacks were carried out on April 9, killing 46 people.]]>

Since its launch, TikTok has grown into the most popular social media platform for sharing…