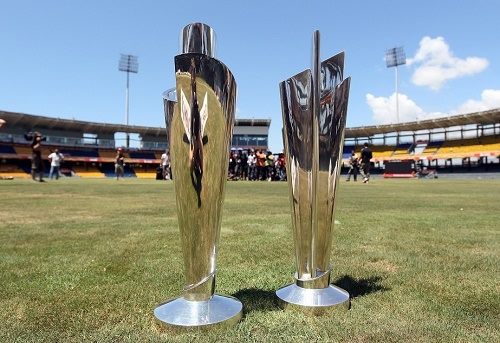 Indian cricket team to start their twenty20 world cup 2020 campaign against South Africa on 24 October at Perth Stadium. International Cricket Council has announced the groups and fixtures of men’s and women’s t20 world cup tournaments next year to be held in Australia. Hosts Australia are drawn alongside Pakistan, West Indies, New Zealand and two qualifying teams from first round of the tournament.

ICC Men’s t20 world cup is scheduled to start on 18 October with first round matches that will feature Bangladesh and Sri Lanka along with six qualifiers from qualifying competition. First round matches will be played from 18 to 23 October meanwhile second round (Super 12) to kick-off on 24 October as Australia to play world no. 1 T20I team Pakistan.

“Whenever we host an event in Australia we know we can guarantee the one billion cricket fans around the world a great show. The world’s best players. Outstanding venues. Noisy, passionate, knowledgeable fans. Exciting cricket. This is the perfect combination for a T20 World Cup and in 2020 we go one step further with two T20 World Cups in one year,” Ricardson quoted as saying by ICC.

The Group-2 in super-12 stage contains six nations India, South Africa, New Zealand, Afghanistan and two qualifier teams from first round. Interestingly India and Pakistan are not placed in the same group for the first time since tournament’s inception.

West Indies are the title defending champions in men’s t20 world cup event in Australia. They won 2016 edition defeating England in the final.