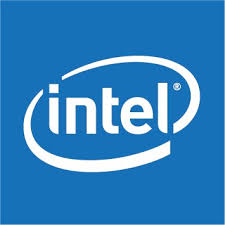 alert listing several vulnerabilities in ME , the remote server management tool Server Platform Services and its hardware authentication tool Trusted Execution Engine. according media reports, Intel said the patches were in response to external researchers who brought to many vulnerabilities issue to its’ attention earlier this year. That external vulnerability notification triggered an internal review of Intel’s own Management Engine, Trusted Execution Engine and Server Platform Services.Intel said it had developed software patches to eliminate the vulnerabilities problems, but listed only one manufacturer—Lenovo—that had created a way for customers to actually update their computers. While some other PC makers listed fixes on their own web sites, some of the vulnerable chips reside in smart, connected devices (part of the so-called Internet of Things) and may never be updated. Update: Later on Tuesday, Intel added links for the fixes for customers of Dell and its own hardware products. an attacker could gain unauthorized access to platform, Intel ME feature, and third party secrets protected by the Intel Management Engine <ME>, Intel Server Platform Service (SPS), or Intel Trusted Execution Engine <TXE>,” according to the advisory.Intel told customers should look to their PC manufacturers for fixes that has been arise. “ intel told We worked with equipment manufacturers on firmware and software updates addressing these vulnerabilities problem , and these updates are available now for some user,” the company said in a statement . “Businesses, systems administrators, and system owners using computers or devices that incorporate these Intel products should check with their equipment manufacturers or vendors for updates for their systems, and fix this problem as soon as possible.” bug found in Intel Core processors from the 6th generation , 7th generation , & 8th Generation families—the processors in most desktop and laptop computers since 2015; Multiple Xeon processor lines, including the Xeon Processor E3-1200 v5 & v6 Product Family, Xeon Processor Scalable family, and Xeon Processor W family; The Atom C3000 Processor and Lake Atom Processor E3900 series for networked and embedded devices and Internet of Things platforms, and Apollo Lake Pentium and Celeron™ N and J series Processors for mobile computing.]]>