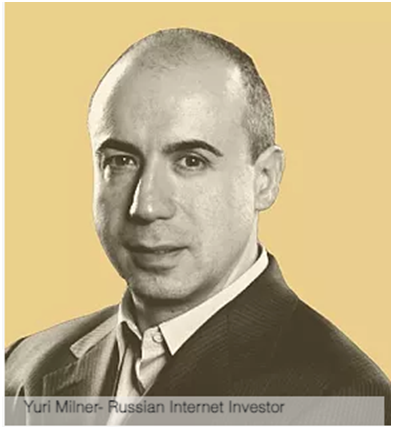 Yuri Milner was born in Moscow, Russia in 1961. He is a foreign businessman who has stakes in a variety of businesses, including Alibaba, Airbnb, and Spotify, to name a few.

Milner, who has a degree in Theoretical Physics, is also involved in research endeavors. The Breakthrough Listen project, developed and financed by Milner, is an innovative effort to detect extraterrestrial radio transmissions.

In 2012, he established the Fundamental Physics Prize, a three-million-dollar award for researchers in the discipline, and a year later, he collaborated with others, including Mark Zuckerberg, to establish the Breakthrough Prize in Life Sciences. This award provides three million dollars to researchers studying illnesses and how to extend human survival. Sequoia Capital India, Lightspeed India, Aarin Capital, Verlinvest, and the Chan Zuckerberg Initiative, founded by Facebook founder Mark Zuckerberg, were among the early investors in the nearly 10-year-old firm. Byju Raveendran founded the company in 2011, and in 2015, it released a K-12 learning app for students in grades 4 to 12. It has also expanded to include competitive test preparation programs such as JEE, NEET, and the IAS. The Learning App, the company’s flagship software, has over 64 million users and 3.5 million annual paying subscriptions.

49 investments have been made.

On November 8, 2019, they made their most recent acquisition, Series A – Lori Systems. Lori Systems received a $30 million investment from Yuri Milner.