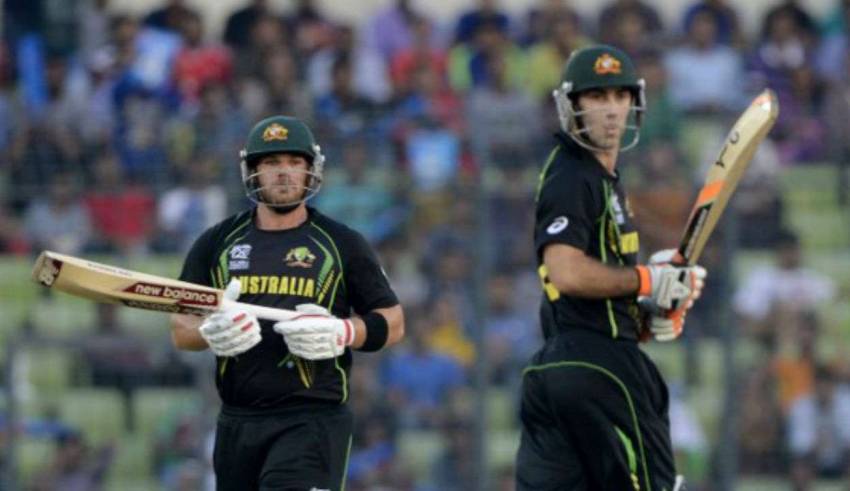 IPL 2018: Can’t Miss My Wedding For First Game of Indian premier league, Says Aaron Finch star Australian batsman Aaron Finch is certain to miss the start of the IPL as his wedding date clashes with Kings XI Punjab’s opener on 8 April. The scheduling of the cash-rich league has also put Finch’s Australian teammate, Glenn Maxwell, in a spot. Finch will be tying the knot on 7 April, the same day when the 11th edition of the IPL kicks off. The IPL schedule was confirmed on Thursday.Kings XI Punjab, who bought Finch for Rs 6.2 crore, play their tournament opener against Delhi Daredevils, who paid Rs 9 crore for the services of Maxwell. Meanwhile, Delhi Daredevils will not have the services of Glenn Maxwell, who will be playing the role of an MC (Master of Ceremonies) at Finch’s wedding. Finch revealed that he wasn’t aware of IPL’s new schedule as he was told earlier that the annual Twenty20 extravaganza would start on April 15. “I saw the fixture this morning — there’s no chance I’ll be missing my wedding,” Finch told reporters ahead of Australias T20 International against New Zealand. “That’d be a bit tough leaving Amy at the altar, wouldn’t it? The second game we play is on the 13th, that’ll give me plenty of time to get over there and miss only one game luckily. Both Finch and Maxwell are hoping that their respective IPL coaches, who happen to be Australians, will understand the situation. Brad Hodge is in charge of Kings XI Punjab while Ricky Ponting has moved to Delhi Daredevils this season after a stint with Mumbai Indians. “Having one of my good mates ‘Hodgey’ as coach he knows about it now. I did wait a bit longer to send him the invite before the auction. It’s just a case of missing one game but hopefully playing with Kings over a three-year period, it’s not the end of the world,” added Finch. His mate Maxwell said it indeed is a tricky situation. “This is an interesting one and I haven’t told anyone this before, not even Punter — we’ve got Aaron Finch’s wedding on April 7,” Maxwell was quoted as saying by SEN radio program Whateley. “They said the IPL was going to start on the April 15th — he thought the dates were set but we found out about three months ago it was going to start on the eighth.”]]>