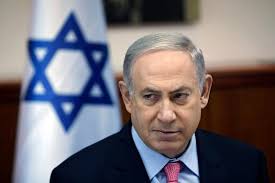 Israeli Prime Minister Benjamin Netanyahu faced a new scandal when a new recording emerged, showing his 26-year-old son relaxing and enjoying in a Tel Aviv strip club with his two friends. The recording, which was aired on Israel’s Channel 2 on Monday night, shows Netanyahu’s son Yair having a conversation with his friends and making derogatory remarks about the strippers and the waitresses in the strip club in 2015, reported CNN.

The wide-ranging conversation between the three men touched on subjects ranging from recent government business to prostitutes.In a recording, Yair Netanyahu, now 26, can be heard demanding money from Ori Maimon — the son of Kobi Maimon, an Israeli gas tycoon.

“My father did a good deal for you, brother. You have to be good to me,” Yair was heard saying this to Ori.”We fought in the Knesset (Parliament) for it, brother. My father battled for it, I remember,” Yair added.

“My dad arranged 20 billion dollars for your dad, and you’re whining with me about 400 shekels,” Yair continued, referring to money he borrowed in the strip club.

According to media reports CNN, the conversation was all about a proposal to split the income of the future natural gas drilling proceeds between private and state companies of Israel. However, political observers have assumed the talks in the recording as an “another case of corruption”.

Later, Roman Abramov, another friend of Yair, who joined the two later at the club, said,This conversation should not get out. God save us. God, if this gets out, it will be hell.”

The recordings of Yair’s conversation come at a time when Netanyahu himself is embroiled in a controversy regarding the legislation of a newly discovered natural gas deposit in the Mediterranean Sea.

Also, the Israeli Prime Minister is facing probes involving allegations of bribery, corruption and breach of trust. However, he has repeatedly denied any wrongdoings.

Netanyahu’s family has denied any involvement of the Israeli Prime Minister and his son in the gas deal. They also blasted Channel’s 2 decision to broadcast the recording, saying that Yair was only “joking” and the channel has breached the “privacy of the ruling family”.

The recording also showed Yair being accompanied by bodyguards to the strip club and also had a car and driver that was allegedly paid for by using government’s money.

Yair also apologised for his statements late on Tuesday. However, he also accused Channel 2 of carrying out a “witch-hunt”.

“This evening, I watched the embarrassing ‘yellow’ report that showed an illegal hidden recording from a conversation that took place two-and-a-half years ago. In a night-time conversation, under the influence of alcohol, I said nasty things about women and other things that should not have been said. These things don’t represent the person I am, the values I was educated on and what I believe,” said Yair.

In a tweet in Hebrew, former Israeli Prime Minister Ehud Barak trashed Yair for his recording and mocked the statement that Netanyahu’s family had made.

“Compassion for the son? It is impossible to get him back on the tracks because he was never on track. A narcissist that grew up in the mud of stinking corruption, with kickbacks of billions and grey deals on account of (the people of Israel),” he wrote on the micro-blogging site.

It is not the first time that Netanyahu’s son has found himself at the center of a controversy.

In September last year, he posted a meme on Facebook, which targeted his father’s political enemies.

However, the meme was widely deemed to have drawn on anti-Semitic imagery and was reposted approvingly by American far-right leader David Duke. Yair deleted the post later on and apologised

The audio recording also reignited debate about state protection for the Prime Minister’s son. Channel 2 reported that Yair was accompanied by a bodyguard around the strip clubs and had a car and driver that was paid for by state funds. The Netanyahu family defended the security detail because of threats they say that have been made against them.
It’s not the first time Yair Netanyahu has found himself at the center of controversy. Last September, he posted a meme on Facebook which targeted his father’s political enemies. The meme was widely deemed to have drawn on anti-Semitic imagery, and was reposted approvingly by American far-right leader David Duke. The post was later taken down.