Jake Geruson is a social media influencer who is in the initial phase of his career and has already gained 600,000 followers on TikTok and 30,000 followers on Instagram. Unlike most of the social media influencers, this, 15 years old boy’s success did not happen by a lucky viral video game over a night but rather he earned success using strategy and solid tactics. His most recent success has been on a growing platform known as TikTok.

He was once a famous and good basketball player who played for his high school. He always loved the idea of sports, fame, and success. He played for the national basketball team as a junior. He was also a crucial part of the competitive team when he was in 7th grade. He had a coach who always helped him in improving his game and his overall personality. When he was at the peak of his basketball career, he started to feel extreme pain in his knees. He was always so concerned about his performance on the field and in his practice sessions. When his coach saw him not giving his best to the game, he suggested him to see a doctor. The doctor said he had pushed himself too much for his game and now his physical conditions are critical. The doctor suggested him to quit his game forever and try something that does not include much physical effort. He loved sports and the idea of quitting his game forever haunted him during his sleep, his studies, and his social life. 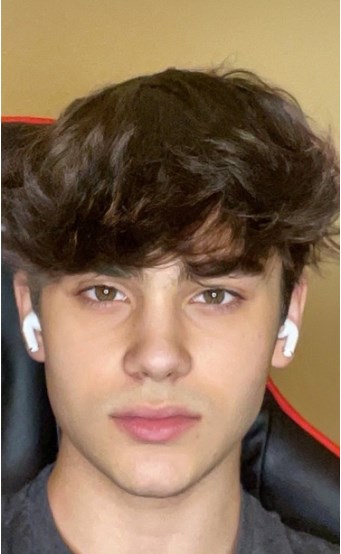 After all this, he decided to not give up and destroy his life. He started to look for other opportunities. After exploring for some time, he realized that there are so many other factors in which he can work on to be successful. He realized that he had good leadership skills because of his basketball game. So, he decided to give social media influencing a try. Initially, he signed up for his account just to stay connected with his friends and family. Later on, he knew that there was so much more about social media. He builds his influencing empire by focusing on two major factors, strategy and tactics, and understanding that both of them two different tools.

For example, to grow your brand or business. It is okay to have that end goal change throughout your journey, but if it’s something shallow like “to gain followers,” then you may find your success plateauing or, worse, plummeting.

Once, there happen to be an interview with Jake Geruson. The interviewer asked him the following question to which he replied.

I have been in so many groups of people. First, I was the leader of my basketball team, then I joined different social media communities. By continuing with so many people from different fields, I realized that no matter what you do, or how hard you work. There is always someone higher than you because he is doing more hard work than you, and there is always someone who is making excuses and stays lower than you. You should learn from both.

I foresee myself is picking something that I love, and I always work it hard. When I was playing basketball, I worked hard, and as now I am a social media influencer, I am working hard too. Since I just started this career, I am open to new opportunities, and if I had a good one soon, I will work on it too. I will commit myself to work even harder for it.

Impact of technology on daily life