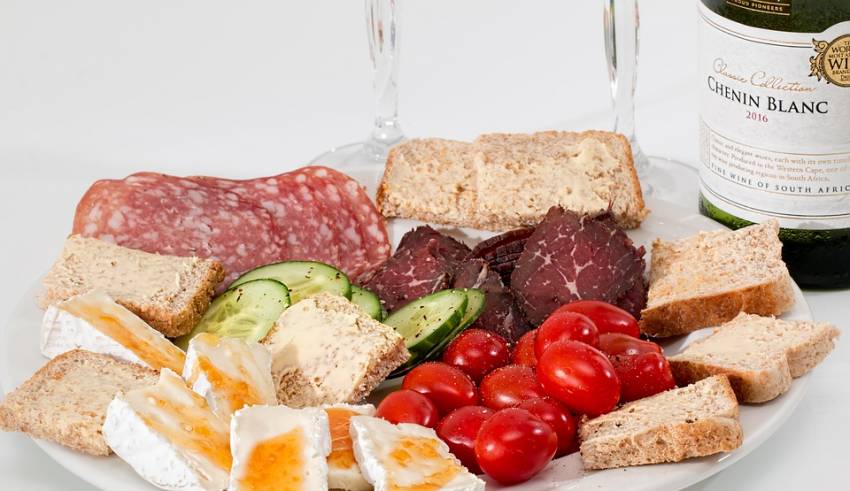 There is not a single Bulgarian who isn’t proud and doesn’t enjoy the exclusive diversity of long-lasting meat appetizers and sausages which are being prepared following tested and proven by consumption through the years old, traditional recipes.

As soon as the winter falls in the countryside, prepared for drying process sausages appear hanged on the trellises. Sometimes we can notice the exact same picture in the cities – sausages hanging at the apartment’s balconies.

Until today the karlovska lukanka remains one of the most cherished works of art in the food industry. There are still companies that reserved the traditions of preparing these delicious Bulgarian meat appetizers which are with no analog around the world and without any pressure can be called national pride.

The lukanka itself is actually a raw air-dried and pressed sausage covered with natural mold which takes a big credit in accomplishing the emblematic flavor of this product.

We are familiar with the recipe thanks to our former generations. The main ingredient in the karlovska lukanka is beef meat which is many times healthier than the pork. The latter, of course, is being added to the mixture together with some animal fat that serves as a solder between the saturated meat and helps the lukanka get a slightly fatty but not too dry taste. When you cut across the sausage, the fat shouldn’t dominate but it should look like a mosaic – barely noticeable small white pieces. The goal is not to make a tough appetizer, but a fine selection of the different kinds of meat combined with a little bit of fat.

When mixing the ingredients of the lukanka adding the emblematic spices is mandatory. You should be careful with the amount of savory and cumin because they are strong, aromatic and possess appetizing qualities. Instead of dominating as a flavor, they must be delicately sensed.

The technology of preparing has got its tricks. After all the ingredients are mixed they should be left at a cool place for at least 24 hours and they must be periodically stirred so that you can achieve a homogeneous and evenly flavored compound. Only after that, you can begin filling up the pork intestines. The final step is to prepare the sausages for drying and re-slap from time to time in order to accomplish the representative outlook of the lukanka.

Analog in the Culinary Art Around the Globe

As it comes to the production of meat appetizers the Italians and the Greeks definitely have something to contribute with. Many of them actually claim to hold the patent of the beloved lukanka, but whoever the founder was, the Bulgarian petite work of art is acknowledged worldwide. Lots of the regions, famous with the manufacturing of these products, distinguished by their specific climate which actually happens to be the most conducive for air-dried meat and influences at their qualities, too. The places where the animals are grown and the food they are fed with, are the two main reasons that lead to the emblematic taste of this delicious Bulgarian sausages.

Another especially cherished product is the sudzhuk which differs from the lukanka by few marks. At first sight, it’s the appearance of the sausage. The sudzhuk has a curvy shape of a horseshoe while the lukanka is straight. The former is produced from beef meat only and the latter combines two or more types of meat. The technologies of air-drying and preparing are very similar. The drying process lasts from 30 to 60 days as the temperature and humidity influence the most. The constant pressing of the sausage is mandatory in order to reach the wanted shape.

The high-quality sausages are an irreplaceable part of the Bulgarian menu. Usually, people consume them in times of national or personal holidays rather than the rest of the year. One of the reasons is they are too pricy for everyday consumption. Although they are a very important source of protein and amino acids for the organism, you shouldn’t exaggerate with the meat and fat intake.

So many manufacturers try and expand their sales territories abroad. This, of course, has some requirements, but if they manage to popularize the valuable Bulgarian goods overseas the other countries definitely are going to be convinced about the quality and the amazing taste of these traditional, dried delicacies. In this online marketplace, you will find a wide range of meat products.