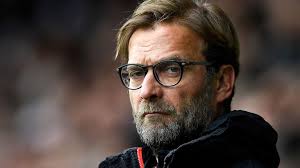 Liverpool vs Tottenham Hotspur: liverpool boss Jurgen Klopp fumes as penalty decisions cost Liverpool dear Liverpool manager Jurgen Klopp was fuming at the decision to award Tottenham Hotspur a last-gasp penalty in the 2-2 Premier League draw at Anfield on Sunday and the linesman bore the brunt of his ire The hosts looked to be on course to go five points clear of Tottenham in fifth place after Mohamed Salah had put them 2-1 ahead in stoppage time before Spurs were awarded a penalty. Referee Jon Moss pointed to the spot after consulting his linesman, who had seen a foul by Virgil van Dijk on Erik Lamela, and Harry Kane converted to score his 100th Premier League goal and snatch a point for his side. The spot-kick was Tottenham’s second of the match after Kane was adjudged to have been fouled in the 83rd minute. Replays showed the striker to be in an offside position when he received the ball, but the linesman’s flag stayed down, ruling that the pass into Kane had come off Dejan Lovren. “The softest touch in the whole game decides the game,” Klopp said. “It is not a penalty. “Lamela ran into Van Dijk, he sees him at the last moment, Lamela is already on the way down. Referee says keep on going, the linesman makes a decision, that’s how it is. “It was obviously not his (the linesman’s) day. The first penalty was one of the clearest offside decisions I saw. I don’t know if there is a new rule. When the ball left the foot of the Tottenham player, Harry Kane is offside. It is good defending to play him offside. Klopp said Lovren had not played a pass but merely touched the ball. “If I would say what I think, I would pay the biggest fine in world football. I have no problem with making mistakes, but it is offside,” the German added. It was a match of high-quality between two sides swathed with positive intent and a draw was a fair outcome – although Klopp’s dark mood suggested he would be very happy to have a long debate on that point. The results suits Spurs more than Liverpool because in the final reckoning the late action in front of the Kop ensured they did not fall further adrift of Liverpool. Kane’s ice cool finish – testimony to his own strength of character after a poor penalty just a few minutes earlier – means the gap now stands at just two points. If the Premier League title has already effectively been decided in favour of Manchester City, then this thriller was evidence that the battle for those remaining top four places could go down to the wire.]]>