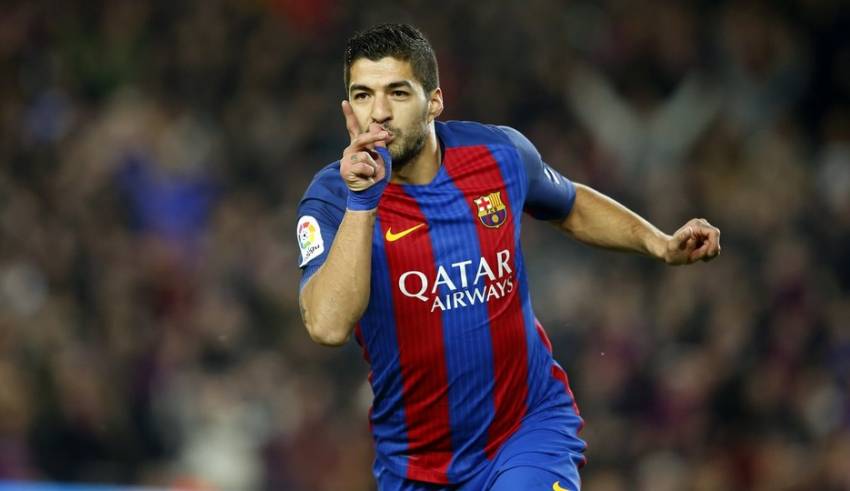 — FC Barcelona (@FCBarcelona) January 16, 2018   With 121 goals in his first 147 matches, helping his side to two league titles, a Champions League trophy and three King’s Cups, among other silverware, everything Suarez touched turn to gold, until this season. Suarez scored in the routs of Espanyol and Girona, as well as netting an important equaliser against Atletico Madrid in the 1-1 draw in October, but otherwise fired blanks.

The 30-year-old failed to score in any of Barcelona’s six Champions League group games, missed easy chances and was bereft of confidence, despite Valverde consistently starting him. Barcelona hit their stride in the coach’s new 4-4-2 system but Suarez lagged behind, missing Neymar, who left for Paris St Germain in the middle of last year. The Brazilian drew defenders like moths to a lamp and created more space for Suarez to exploit. A knee problem dogged him from the start of the season until mid November, not enough to rule him out but irritating enough to hamper his performances. Uruguay agreed not to call him up for friendly matches at the start of November, which allowed him to rest in Barcelona. “It would be a lie to say I am happy with my form, I know I can give more,” Suarez told Diario Sport during this break.Suarez, 30, said he thought his dream move from Liverpool to Barca was off after he was banned for biting Italy’s Giorgio Chiellini at the Brazil World Cup in 2014. The Uruguay forward joined Barcelona for £75million in July 2014 – after the World Cup, but he admits the first contact with Barca was during the tournament. “It was right then — there at the World Cup. It was during the World Cup period,” said Suarez when asked when he spoke to the La Liga giants. Suarez told the Players’ Tribune: “It was everything – in addition to thinking about the World Cup, and being able to fulfil my dream to come here to Barca – everything had gone overboard for me.” “The truth is, it was a very, very painful moment for me, for the team, and obviously, what happened, it affects you. It hurts you and all that.” Suarez says he spoke to Barcelona a few days after the moment of madness with Chiellini and “they told me to be calm because Barca still wanted me”. “These two weeks are going to be spectacular for me. The best thing for the national team and Barca was to miss these two friendlies.” CONFIDENT RETURN Suarez trained in the sand to strengthen his knee and when the international break was over, he returned a different figure, with confidence restored. In his first match back he struck two in a 3-0 win at Leganes, which sparked a fine run of form. Suarez now has eight goals in his last six games and is the second top scorer in La Liga, with 13 goals, behind team mate Lionel Messi on 17. During his lean spell he looked short of ideas, but in the 4-2 win over Real Sociedad on Sunday he was Barcelona’s best player, setting up Paulinho for the opening goal before adding two himself. The first of those strikes was sumptuous, a curled and lofted effort which bewildered Real Sociedad goalkeeper Geronimo Rulli and sank into the top corner. It is confirmation that after hitting the low point of his Barcelona career, the real Luis Suarez has returned. With Barcelona unbeaten in 29 games and nine points clear at the top of the table, Suarez’s recovery spells bad news for their domestic and European rivals]]>