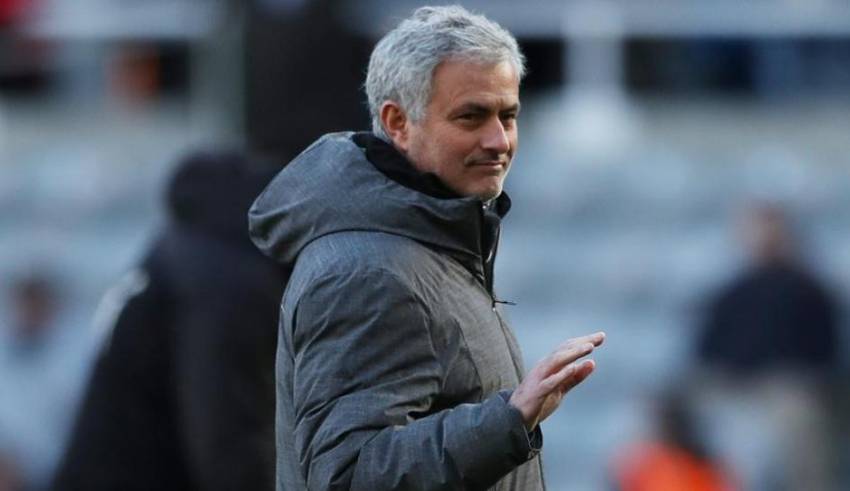 Manchester United boss Jose Mourinho wants FA Cup response from stuttering Manchester United Manchester United will be desperate to bounce back in the FA Cup fifth round against Huddersfield today, their first match featuring opinion dividing video assistant referee (VAR) technology. Defeat at the hands of Newcastle at the weekend left Jose Mourinhos men second in the Premier League but just four points clear of Tottenham in fifth as the race for the top four heats up. Now they travel to Huddersfield — where they lost in the league earlier this season — ahead of a testing run of fixtures that could define their season, with major questions over how best to deploy club record signing Paul Pogba and new boy Alexis Sanchez.

U23s: Best of luck to Ricky Sbragia’s side, who are back in action this evening for the visit of Chelsea in #PL2. Kick-off at Leigh Sports Village is 19:05 GMT. pic.twitter.com/A9iNGICHuv

Its very difficult to put me in a position where I have to criticise my players,” said Mourinho when quizzed on Pogba’s lack of form, which saw the £89 million ($125 million) midfielder dropped by his Portuguese manager when United last faced Huddersfield a fortnight ago. There have been mixed reactions to the VAR system, which has been used in a handful of League Cup and FA Cup ties. The recent fourth-round FA Cup tie between Liverpool and West Brom proved particularly contentious as the extra official awarded Jurgen Klopp’s side a penalty, ruled out a goal for his opponents then confirmed another would stand. Mourinho backs VAR “When people ask us if we like it, if we don’t like it, if we agree with it or don’t agree with it, I think honestly it’s a question for the referees,” said Mourinho, who said he backed the system but that it needed adjustments to preserve the flow of the game. “They want to perform the best they can, they don’t like to make mistakes. And sometimes they make mistakes because it’s a human mistake and you cannot go over it unless you have some technological support. “So if the referees are happy with that technological support, then yes, let’s go for the VAR. I think, from my perspective, I like the feeling.” Mourinho is likely to name a strong line-up as he has done in previous rounds against lower-league opponents Derby and Yeovil, with the FA Cup United’s best chance of silverware this year. Marcus Rashford and Ander Herrera missed last weekend’s costly defeat but could be back in contention.Eric Bailly is expected back in full training this weekend but will not be rushed into action after a lengthy spell on the sidelines with an ankle injury. However, Mourinho also has to balance the demands his Cup ambitions with a tough Champions League trip to Sevilla in midweek, as well as upcoming Premier League clashes against Chelsea and Liverpool. Opposite number David Wagner is more likely to rest key players with his team in the thick of a relegation fight despite an impressive 4-1 win over Bournemouth. Key playmaker Aaron Mooy suffered a gashed knee in that game and could well be rested as could defenders Christopher Schindler and Mathias Jorgensen. January signing Alex Pritchard is cup-tied and striker Laurent Depoitre, who scored against United in Huddersfield’s victory in October, may be recalled to enable Steve Mounie to rest.]]>