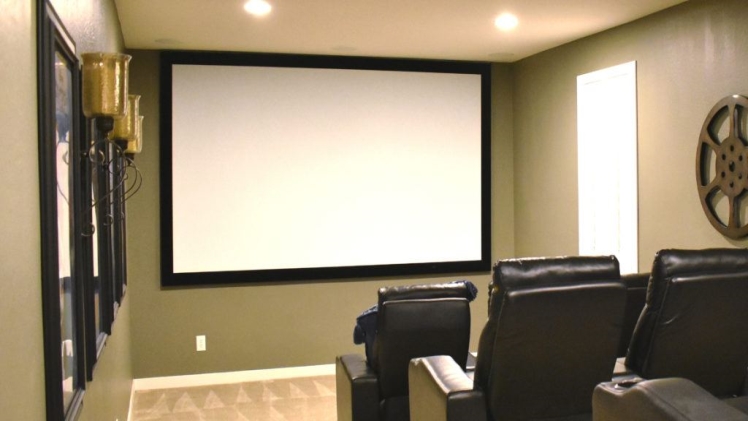 Home technology Most Popular Types Of Projector Screens These Days

An inflatable projector screen is one of the latest crazes in the industry. One major reason for that is because it can easily become an inflatable cinema screen. You can just inflate it in a few minutes in your backyard. You can enjoy a movie while being outdoors! The picture quality is excellent, and the material is tough enough to withstand the rigors of the outdoors. It’s also priced relatively cheaply. In other words, for the price, you are getting a durable projector screen that offers top-notch viewing quality.

As the name suggests, this type of projector screen is powered by electricity, which also means it’s often semi fixed. On the upside, it’s very sleek and professional as you can operate it with remote control. It can be mounted on the floor, ceiling, or wall.

Manual projector screens may not be as convenient as electric projector screens, but they are also a lot more affordable. In most cases, you only need to pull the screen. And, there’s usually a lever or button you can operate that will recess it almost instantly. You can also install it on the floor, ceiling, or wall.

A portable projector screen is always popular as you can use it almost anywhere. And, when it comes to the portable projector screens, it’s the tripod version that’s arguably the most popular. This kind of screen comes into two parts – the tripod that acts as the support and the screen. It’s also very affordable. On the downside, it’s not that stable compared to other screens.

When it comes to the best of the best in terms of picture quality, fixed frame screens are perhaps the cream of the crop. This type of projector screen is fixed, and it can’t be rolled up and down. This might be a con, but the upsides easily outweigh any downsides. For example, it’s perhaps the best in terms of picture quality. You don’t have to worry about bends and waves on the picture screen. It also lasts longer as there are almost no moving parts that get exposed to wear and tear.

There are different varieties of floor rising screens, but the main idea is more or less the same. It usually comes in a long rectangular box. Then, the screen rises off from this box. It can be very portable and even easier to use than the tripod projector screen. It can also come in a large format in which it can easily work as a home theatre system.

Keep in mind that this list is far from comprehensive. There are plenty of other projector screens in the market, and the industry is also coming up with new versions or concepts. As for now, the ones mentioned above are perhaps the most commonly used.

Men vs Women Workout At The Gym

Men and women go to the gym for various reasons. There is something common that men and wo…