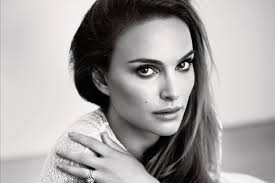 Natalie Portman, at 13, experienced ‘sexual terrorism’rethink film roles The actress spoke at the Women’s March in LA on Saturday about how her first fan letter at 13 was a “rape fantasy”. She also said a local radio station counted down to her 18th birthday – the date she would become “legal to sleep with”Natalie Portman said experiencing “sexual terrorism” at the age of 13 made her feel the need to cover her body and inhibit expression. The award-winning actress shared her traumatic experience Saturday while addressing a crowd of thousands gathered in downtown Los Angeles for the Women’s March.Celebrities lend voices to Los Angeles Women&#39;s March Celebrities lend voices to Los Angeles Women’s March Portman remembered turning 12 on the set of “Léon: The Professional.” It was her first film. She played a young girl who befriended a hit man in hopes of avenging the murder of her parents, she said.A year later, when the movie was released, she opened her first fan letter. It was a “rape fantasy” from a man. “A countdown was started on my local radio show to my 18th birthday — euphemistically the date that I would be legal to sleep with,” she said. “Movie reviewers talked about my budding breasts in reviews. I understood very quickly, even as a 13-year-old, that if I were to express myself sexually I would feel unsafe and that men would feel entitled to discuss and objectify my body to my great discomfort.”Portman said she adjusted her behavior, rejected roles with kissing scenes and emphasized her “bookish and serious” side. She built a reputation as a “prudish, conservative, nerdy, serious” young woman in order to feel her body was safe and her voice heard.”At 13 years old, the message from our culture was clear to me,” she said. “I felt the need to cover my body and to inhibit my expression and my work in order to send my own message to the world that I’m someone worthy of safety and respect.The response to my expression, from small comments about my body to more threatening deliberate statements, served to control my behavior through an environment of sexual terrorism.”The 37-year-old said she “rejected any role that even had a kissing scene”, while making sure to project how “bookish and serious” she was in interviews – to ensure that people treated her the right way. Portman, who won an Oscar in 2011 for Black Swan, said that at the age of 13 she had to develop a certain mindset. She said this lead to her developing an image that was “prudish, conservative, nerdy, serious”. This, she said, was “an attempt to feel that my body was safe and that my voice would be listened to”. Women’s marches were held over the weekend, in cities across the US and around the world, to promote gender equality. The marches also reflected the Time’s Up and metoo initiatives that have come about in the wake of the Hollywood sexual abuse scandal.Natalie Portman is set to return to Saturday Night Live for the first time in more than a decade. The acclaimed actress has been tapped as host of the venerable sketch comedy’s Feb. 3 episode, with Dua Lipa serving as musical guest for the first time. Portman made her hosting debut in 2006; since then she’s won a best actress Oscar for Black Swan and made her directorial debut with A Tale of Love and Darkness.]]>