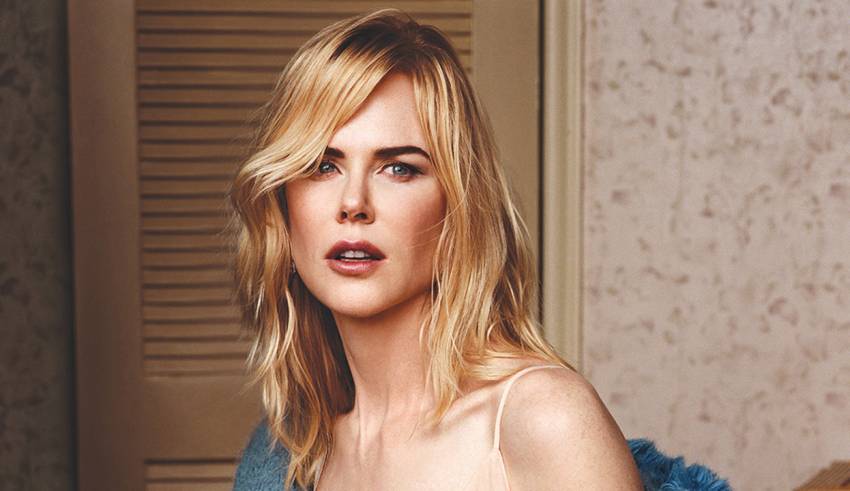 Nicole Kidman says in speech ‘our careers can go beyond 40 years old’ Nicole Kidman and Keith Urban are certainly a Hollywood power couple, but will they ever join forces on-screen? Kidman — who won the award for outstanding performance by a female actor in a television movie or miniseries at Sunday night’s Screen Actors Guild Awards for her role in Big Little Lies — said she doesn’t expect her husband get into the acting game. “Any chance I can, I will acknowledge what he does because he really is so kind, and I don’t think that having a cameo on one of my projects would interest him, to be honest,” she told reporters in the press room during the awards show. “I sleep with him!” The 50-year-old actress also gushed about her husband of over 11 years, who is no stranger to TV as a former American Idol judge. “He’s my biggest supporter,” she said. “I’m so fortunate to have such an incredible partner in life.” During her acceptance speech, Kidman made sure to acknowledge Urban and their daughters Sunday Rose, 9, and Faith Margaret, 7. “And to my family, I am nothing without you. What a blessing,” she said. “Thank you to all the actors that gave me the chance to say this.”By Kidman’s own description, she was moved to receive the award “at this stage in my life…and in this time in this industry, when these things are going on, and for this role.” “I’m incredible grateful,” she said. Kidman took home the award for outstanding performance by a female actor in a TV movie or limited series. In her speech, Kidman gave praise to her fellow nominees — Susan Sarandon, Jessica Lange, Reese Witherspoon, and Laura Dern — as well as other women whose performances have inspired her over the years. “I want to thank you all for the trailblazing performances you’ve given over your career and how wonderful it is that our careers can go beyond 40 years old because 20 years ago, we were pretty washed up by this stage in our lives,” she said. “We’ve proven — and these actresses and so many more have proven — we are potent and powerful and viable.” In “Big Little Lies,” Kidman played Celeste Wright, a woman and mother who struggles to remove herself from an abusive situation. Kidman used her acceptance speech to advocate for more stories about women, specifically calling out writers, directors, studios and film financiers.”I just beg that the industry stays behind us because our stories are finally being told,” she said. “It’s only the beginning.”]]>