Nokia X6 price and specification showing an iPhone X-like notch and a dual rear-camera setup. Nokia X6 launche date We had earlier reported about HMD Global working on a budget segment device called the Nokia X. But now, with the new report coming in, looks like HMD  Global may not call it the Nokia X, instead, name it Nokia X6. The Finland based smartphone manufacturer has already sent out media invites for the Nokia X6 launch and is all set launch the phone on April 27 in its home market. Days ahead of the launch, first official-looking press renders of the Nokia X6 have been leaked, revealing both the front and rear design of the phone.Nokia has been courting rumors about the possible development of a new X series smartphone, and now Chinese media reports suggest that it is possibly true. 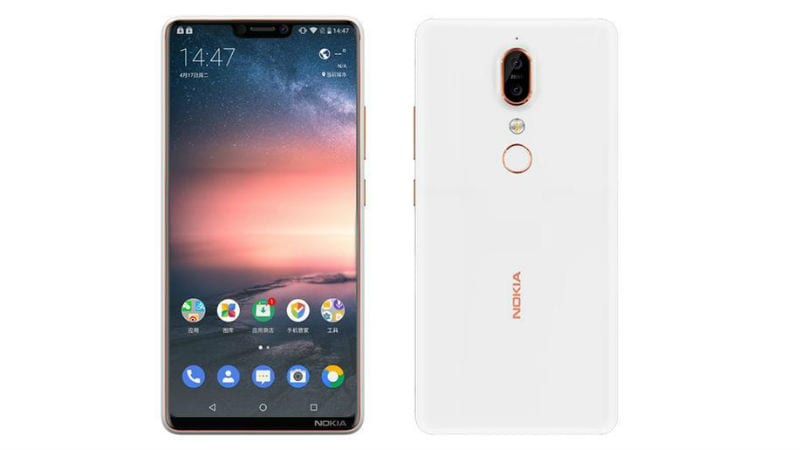 Nokia X6 price and specification:The phones are expected to be called as the Nokia X6 and X7. Not much is known in the way specifications of these smartphones, however, it seems a render of the X6 seems to have surfaced online.According to the report, HMD will be launching two different variants of the Nokia X6 that will feature different SoCs.The two chipsets that will be used are Qualcomm Snapdragon 636 and MediaTek P60. Besides this, one of the phones will feature a dual-camera setup with Zeiss lenses with a professional mode for photography, while there is no mention of the camera setup for the lower variant one.As for pricing, the Nokia X6 as already mentioned will come with an affordable price tag. The smartphone will reportedly come in two variants. One of the two models will be priced around CNY 1600, which roughly translates around Rs 16,800, while the second model will come with a price tag of around CNY 1800 which roughly translates to Rs 18,900. As per the leaked report, the costlier model with the price tag of around Rs 18,900 approx will be powered by Qualcomm Snapdragon 636 processor, while the cheaper model with a price tag of Rs 16,800 will be backed by an Helio P60 chipset.

Nokia X6 price and specification ,Features in full details.As per a post on Chinese microblogging site Weibo, the Nokia X6 will sport a 5.8-inch full-HD+ (1080×2280 pixels) display with 19:9 aspect ratio. While it is an almost bezel-less screen there is a small chin at the bottom with the Nokia logo. As mentioned earlier, the back panel appears to be similar to that of Nokia 7 Plus, because of the placement of dual cameras and copper accents. The Nokia X6, however, sports LED flash just below the camera     and will be available with either 4GB or 6GB RAM options. The report also says that the smartphone will be priced between the Nokia 6.1 and Nokia 7 at $255 (Rs 16974 approx) for the 4GB model and $285 (Rs 18971 approx) for the 6GB model. These prices are possible for the China models and if the smartphone is launched outside, then the prices in all probability will be different.On a side note, it seems a bit unlikely that the Nokia X6 or X7 will come with a notch. We had managed to have a word with the Pekka Rantala,CMO of HMD and he said that Nokia will not bring a notch to the device unless the users want it.Nokia X6 will reportedly sit between the Nokia 6 (2018)and Nokia 7 Plus. Past rumours had revealed that the upcoming Nokia X series phone will come with 10W charge, which means that the smartphone will not  support fast charging capability.