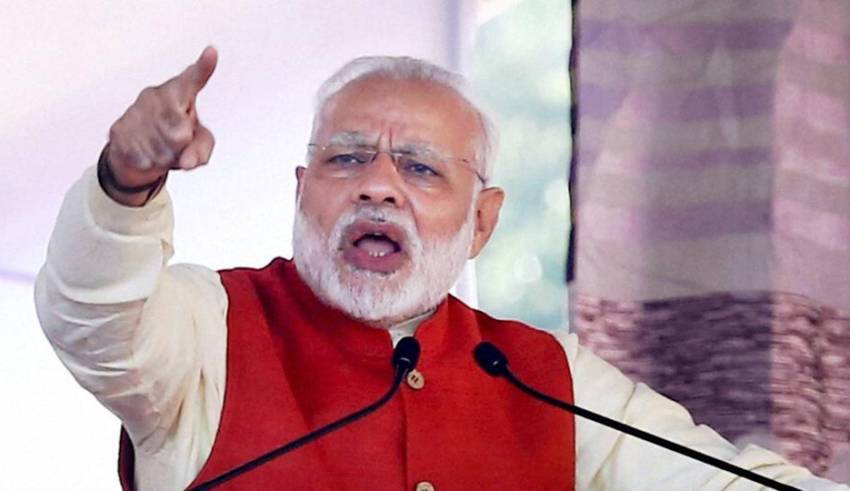 PM Narendra in Rajasthan : ‘Wherever Congress goes, twin brother drought follows’ PM Narendra Modi on Tuesday launched the commencement of work of an oil refinery in Rajasthan’s Barmer district.Addressing a function in Rajasthan’s Barmer, where the Prime Minister arrived today to inaugurate the commencement of work on the Rs 43,129 crore Baremer oil refinery project at Pachpadra, he said, “Congress aur aakaal (drought) judwa bhai hain, jahan Congress jayegi wahan aakaal jayega (Congress and drought are twin brothers, they travel together).”\ “Just for a few claps in Parliament, some people made promises they could never keep”, said Modi attacking the Congress for its previous ‘misleading’ rail budgets. Remember how much problems one faced to get a gas cylinder? One had to go to MPs for a letter. Many MPs sold coupons in black. It was not acceptable to me that women of India should suffer due to lack of cooking gas facilities. For them, ‘Garibi Hatao’ was an attractive slogan. They nationalised the banks but the doors of the banks never opened for the poor. Jan Dhan Yojana changed this and the poor got access to banking facilities. When we assumed office, one of the first things we did was to see what work has been done on promises in Railway Budget. Just for applause in Parliament, some people made promises they could never keep. We were determined to end that culture of misleading. Modi tried to corner the Congress again on the issue of One Rank One Pension when he alleged that after seeing his commitment to the OROP scheme, the Congress provided for Rs 500 crore in the interim budget just before the 2014 general elections to claim credit. “Barmer refinery was at least on papers, OROP wasn’t even on paper,” he said, adding that no ground work on the beneficiaries or on the outgo was ever done. It took one-and-half-years to collate the list of beneficiaries of OROP and the implementation cost Rs 12,000 crore as against Rs 500 crore provided by the Congress, he said.

“Just for a few claps in Parliament, some people made promises they could never keep”, Modi attacks Congress for its previous ‘misleading’rail budgets The manner in which Vasundhara Raje has managed drought situations during both her terms, and helped people is commendable. It is in contrast to the opposition in the state, whose poor drought management in Rajasthan is widely known. Congress aur aakaal(drought) judwa bhai hain, jahan Congress jayegi wahan aakaal jayega. From here in Barmer, I want to remember Bhairon Singh Shekhawat Ji. He was a great man, who worked towards modernising Rajasthan. Would like to congratulate Rajasthan CM Vasundhara and Minister Dharmendra Pradhan for organising this programme in Barmer. A few days back India marked Makar Sankranti with great fervour. This festive season is the harbinger of prosperity. Immediately after the festivities, I am delighted to be in Rajasthan that too for a project that will bring happiness and prosperity in the lives of many.  ]]>