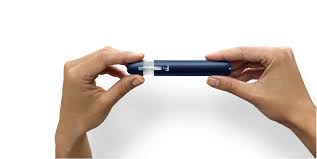 In many parts of the world, cigarette-shaped electronic cigarettes called “cigalikes” are still some of the most popular vaping devices on the market. With all of the different types of vaping devices that have appeared over the years, cigalikes still have so much going for them. A cigalike is the only type of vaping device that you can hold between two fingers like a cigarette. Nothing on the market is easier to use or more user friendly for a long-term smoker, and the best part is that the refill cartridges for cigalikes are usually very inexpensive.

As affordable as cigalikes are, though, wouldn’t it be great if you could save even more money? It’s possible, in fact, to make vaping even cheaper with many cigalikes. The trick is to find a seller like V2 Cigs UK that earns money selling both e-cigarette cartridges and bottled e-liquids. If a merchant sells both types of products, they have no reason to prevent users from filling their own cartridges.

This article will explain how to determine whether it is possible to refill the cartridges for your e-cigarette and how to perform the refilling. First, though, we’ll discuss an alternative that’s even easier to use.

As an additional perk, V2 Cigs UK also carries adapters that can make their blank cartridges work with just about any non-proprietary e-cigarette battery.

While you consider whether blank e-cigarette cartridges are right for you, let’s learn how to refill the cartridges you already have.

How to Identify an E-Cigarette Cartridge That Supports Refilling

If your e-cigarette has refillable cartridges, you’ll see a round plastic or rubber cap when you look at the top of a cartridge. If a cartridge has a cap, then it is possible to remove the cap and access the filler material underneath. That’s all you need.

How to Refill an E-Cigarette Cartridge

To refill an e-cigarette cartridge, you’ll need a bottle of e-liquid. Depending on the cartridge’s design, a strong and narrow object such as a thin nail may also be helpful.

Under the cartridge’s cap, you’ll see a roll of gauze wrapped around a narrow plastic tube. Use a bottle of e-liquid to wet the gauze. Add only a few drops of e-liquid at a time and wait for the gauze to absorb it before you add more. When the gauze still looks very wet after you’ve waited several seconds, the cartridge is full. It won’t take a lot of e-liquid to saturate the gauze; a typical e-cigarette cartridge holds less than a milliliter of e-liquid.

When you refill an e-cigarette cartridge, make sure that you’re holding the tip of your e-liquid bottle directly over the gauze. Don’t get e-liquid in the cartridge’s center air tube; that’ll cause the cartridge to gurgle and leak.

How Many Times Can You Refill an E-Cigarette Cartridge?

If you no longer enjoy the flavor that your e-cigarette cartridge produces when you vape, it’s time to discard the cartridge. At this point, you’ll probably notice that the gauze wrapped around the cartridge’s center air tube has begun to discolor as well. Simply throw the cartridge away and start using a new one.

Do you find that your e-cigarette cartridges don’t last as long as you’d like them to? Try a different e-liquid. If your vape juice tastes sweet like candy, it probably contains the common sweetener sucralose. Sucralose shortens the life of vaping coils, and you’ll find that your cartridges last much longer if you use an unsweetened e-liquid instead.