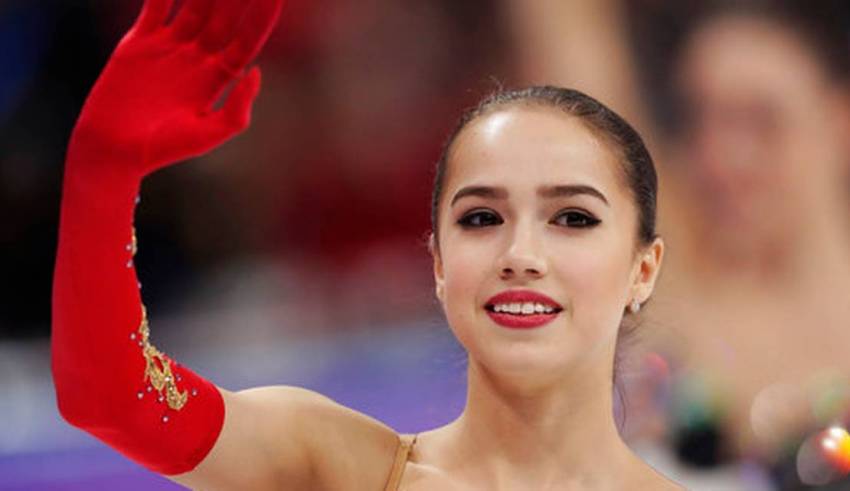 winter olympic:Russians finally celebrate gold at Olympics after scandals Alina Zagitova wins gold after two weeks of Olympic competition, the “Olympic Athletes from Russia” finally have a gold medal. Alina Zagitova won the women’s figure skating title Friday to become the first Russian to win a Winter Olympic event since the doping-hit 2014 Sochi Games. She followed her short programme world record 82.92 with 156.65 points in the free dance to finish 1.31 points ahead of compatriot Evgenia Medvedeva. Skating last, Medvedeva, 18, looked to have done enough to overhaul Zagitova but the judges scored their free dance routines equally in Pyeongchang. Canada’s Kaetlyn Osmond took bronze. OAR have now won 14 medals at these Games, while Zagitova is the second youngest women’s figure skating champion in history after American Tara Lipinski in 1998. Two-time world champion Medvedeva was favourite for the event until recent months before a foot injury and the emergence of her younger training partner Zagitova. Medvedeva scored a world record 81.61 in the short programme on Wednesday, only to see it bettered moments later by Zagitova. With a slight advantage going into the free dance, Zagitova produced a strong routine but made a slight error on the landing of her triple lutz. Medvedeva followed shortly after with an excellent performance of her own, and there were boos from some spectators when the judges’ decision was announced. “I was trying with all my strength to ignore it but I couldn’t,” Zagitova said of Russia’s lack of gold. “I was really worried because I knew I didn’t have the right to make a mistake. I had to skate clean and show my maximum, but I’m so happy I could.” The Russians have one gold, five silver and eight bronze medals at the Pyeongchang Games as of Friday, putting them behind Belarus and Italy on gold medals (the key measure used in Russia), and behind France on total medals. For a traditional winter sports superpower that prided itself on topping the Sochi medals table — even if many athletes were later accused of doping — the wait for gold has been unfamiliar and unpleasant. Zagitova, who was only 11 during the Sochi Olympics and has never been suspected of doping, didn’t hear the Russian national anthem at her medal ceremony. Instead, the Olympic anthem was played and the Olympic flag flew because Russia is officially suspended from the games. The International Olympic Committee instead invited some from the country to compete in neutral uniforms, which is why Zagitova accepted her medal in a muted gray coat with the inscription “Olympic Athlete from Russia.” To many Russian fans, that status is degrading. To many of Russia’s critics over doping, it’s a symbolic punishment for a country which should have been banned entirely. Asked about whether she would be sad not to hear the Russian anthem play, Zagitova avoided the issue. “Can I not answer that question?” she said. The Russian medal count at the Pyeongchang Games has been low because of the IOC vetting process, bad luck, and — once again — doping. Curler Alexander Krushelnitsky and his wife, Anastasia Bryzgalova, won bronze in mixed doubles, but gave up the medal Thursday after Krushelnitsky failed a doping test. Russia sent 168 athletes to South Korea, making it one of the largest teams at the games. However, the team didn’t contain some top athletes, including world cross-country ski champion Sergei Ustyugov and short-track speedskater Viktor Ahn. The IOC said it couldn’t be confident they were clean. On the day of the opening ceremony, it won a key legal battle upholding that argument. Still, Russian officials could have sent more athletes in some events but chose not to. According to the Court of Arbitration for Sport, Russia chose to leave 40 quota places unfilled rather than send athletes who weren’t first choice, which meant it didn’t have enough in some sports simply to enter the relays. Another issue is that Russia’s Winter Olympians competed in Sochi with lavish funding from the government. With the country’s moment in the Olympic spotlight over, sports like biathlon and bobsled have struggled for money. There’s also been a wave of infighting in some events like luge, where one Russian was sent home after missing the podium and accusing team staff of favoritism toward his main domestic rival. Injuries played a role in some sports, and in others the Russians simply weren’t good enough for gold. It was a long path to the games for Evgenia Medvedeva, who won silver in figure skating alongside Zagitova, her friend and training partner. It was Medvedeva who was chosen by Russian sports officials to make their case to the IOC in December, when a blanket ban on Russia was possible. When she skated Friday, she was introduced as an “Olympic Athlete from Russia” as Russian fans cheered and waved the tricolor she’s forbidden to wear. Asked how a Russian 1-2 finish feels without her country’s flag, Medvedeva asked for a moment to think before replying.]]>