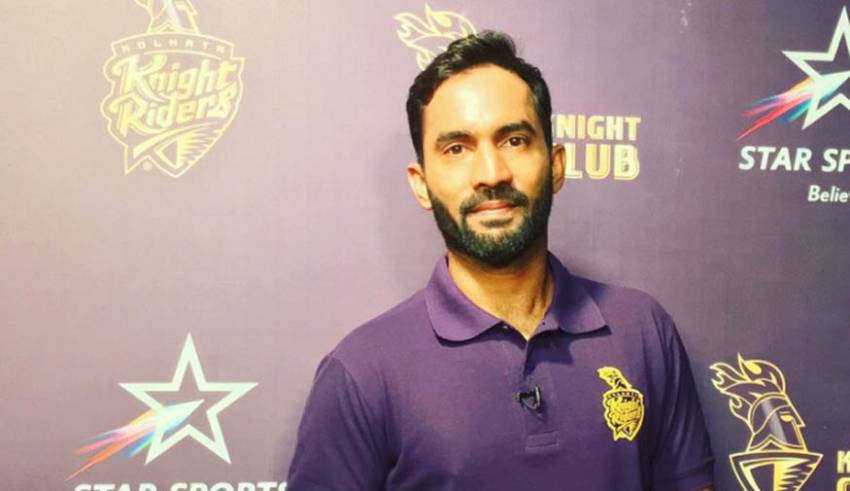 “Captain. Like our Captains over the yrs we know u will also lead us by boosting the self esteem & dignity of all of us.There was a lot of speculation surrounding the captain of IPL franchise Kolkata Knight Riders, and the team had quite a few senior players in their ranks to choose their leader from. Finally on Sunday, team CEO Venky Mysore announced Dinesh Karthik as the new skipper of KKR for IPL 2018.

Revealing the skipper on a TV show on Star Sports, Mysore said the principal reason for selecting Karthik was that they were looking for a long-term change, and someone who could fill Gautam Gambhir’s boots.

Mysore said,”The principal we operated on was that we were looking for a long-term change. We were looking at someone who could continue to lead the side like Gautam.”

Some of the other senior players like Chris Lynn and Robin Uthappa perhaps were the other contenders for the job. The latter was appointed Karthik’s deputy.

Karthik was bought by KKR for Rs 7.8 crore in the mega IPL auction earlier this year.

“KKR has done well consistently in the last 10 years. The team has a great legacy. I am really happy and honoured to lead this side,” Karthik said after being unveiled as captain.

“We have a good blend of youth and experience. We are looking forward to working under coach Jacques Kallis. All the foreign players are really good too. I will try to take the team forward from where Gautam Gambhir left,” he added.