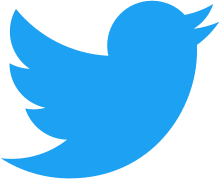 There is now news of getting another feature from Twitter again. this time twitter Testing this service named ‘bookmark’ is running. With its facility, more than 300 million Twitter users will be able to keep tweets private for personal reading at their convenience. Twitter product designer Tina Koyama tweeted about this. He wrote in his tweet, “News from the SaveForLiter team! We have decided to name our feature ‘bookmark’ because the term is usually used to secure the content and its name is accurate with other services in navigation. ‘ Koyama said, ‘you told us that you want to bookmark Tweets, so that you can see them later. Keeping this in mind, we are designing it. This feature is one of the major services sought by Twitter users. Last month, Twitter’s Vice President (Products) Keith Coleman disclosed this feature and said that the team is working on ‘SaveForTalker’.]]>