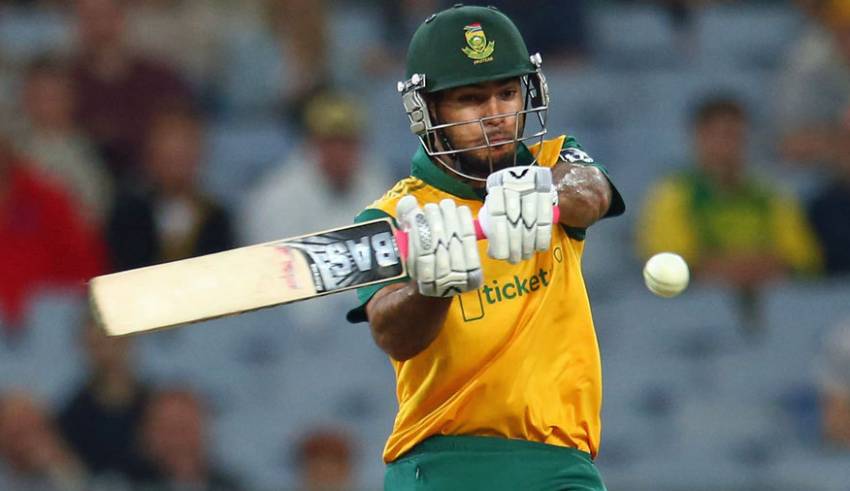 India vs South Africa t20: South African opener Reeza Hendricks today heaped praise on Bhuvneshwar Kumar,   South African opener Reeza Hendricks today heaped praise on Bhuvneshwar Kumar, saying the Indian pacer consistently hit the right areas and didn’t give the batsmen anything to score off during the first T20 international in Johannesburg on Sunday. Bhuvneshwar picked his maiden five-wicket haul (5-24) as India won the first T20I by 28 runs after restricting South Africa to 175 for 9 in 20 overs.India, thanks in the main to Shikhar Dhawan (72 off 39 balls, 10 fours and 2 sixes) with good support from the rest of the order, all of whom reached double figures, set the Proteas an extremely challenging target of 204. Kumar made sure that was not going to happen when he took two wickets up front, including South African captain JP Duminy, and then three more at the back end, including top scorer Reeza Hendricks (70 off 50 balls, 8 fours and a six). His figures were the second best for India behind Yuzvendra Chahal’s 6/22 against England and were the best ever achieved at this venue. The Proteas’ day got off to a bad start when star batsman AB de Villiers was ruled out of the entire series through a knee injury picked up at practice. It was nevertheless not entirely a day of doom and gloom for the Proteas. Tabraiz Shamsi seems to have found out a way to dismiss indian captain or you can call run machine  Virat Kohli. Put into bat, India team  scored 203 runs and in reply, South Africa were brought to a halt at 175/9 with Bhuvneshwar registering figures of 5/24. The difference between the two teams was on how they began the innings. India were in smashing form with 78/2 after the powerplay overs as compared to South Africa’s 41/2 in the chase. “Obviously their powerplay was much better than ours. Looking back now that’s where we lost it,” he said. “He (Bhuvneshwar) was just consistent in his areas which was pretty much giving us nothing to score off. So we had to be happy with ones and twos at that time,” said Hendricks, who scored 70 off 50 balls. They just executed their plans well and kept it very simple. That’s pretty much it compared to what we did,” he added. India made an aggressive start and scored 78/2 in the first six overs which set them up for 203/5 eventually. In comparison, South Africa were 41 for 2 after the powerplay overs. “Obviously their powerplay was much better than ours. Looking back now that’s where we lost it,” he said. Hendricks had an 81-run partnership with Farhaan Behardien but it was not enough to change the match situation . He said they had to play according to the situation as India was bowling a very tight line lenght . “Conditions were very good for batting. But Indians bowled really well. So I started slowly and then I had to get myself in and like I said, take it as deep as possible, with the wickets falling around. “I managed to do that but would have loved to see the team home,” Hendricks said. “As an opening batsman, we obviously try to get a start, try and capitalise in the first six and then take it deep as possible. “They obviously bowled well, we lost a few wickets so that meant obviously we had to stabilise the innings and build a few partnerships and try to take it as deep as possible,” he added. for more: cricket score, live cricket score, ipl live score, live cricket streaming, live cricket match, ipl score, cricket news, cric live follow us]]>