In international development, we have witnessed several innovators. One such person, Stephen Rintoul Davenport, has designed and implemented creative solutions that are being used across the developing world. His initiatives have helped the government of the developing country to become more transparent, accountable, and inclusive while being more effective at managing foreign assistance.

INNOVATIONS FOR THE THIRD WORLD COUNTRIES

Stephen Rintoul Davenport IV is the Global Lead for Open Government and Citizen Engagement at the World Bank Group. He is a determined, passionate, and experienced individual who possesses the will and passion for helping citizens and governments in the developing world. Stephen is an international development professional with an aim to eradicate poverty and increase shared prosperity in the poorest countries.

Stephen Davenport started his career in international development when he joined Development Gateway in the year 2002. He worked tirelessly to create technological solutions that would help governments of the developing countries manage foreign assistance in a more effective way. He designed, developed, and implemented several breakthrough innovations that support global transparency, open government, citizen engagement, accountability, results, and open data.

While at the Development Gateway, Stephen worked with the United Nations Development Program (UNDP) closely and developed the Aid Management Program (AMP). Aid Management Program is a system that enables governments and development partners to collect, monitor, and access information on development activities. The main idea of creating AMP was to increase the effectiveness of the foreign aid received using a versatile, internet-based software application. AMP was one of Stephen’s core achievements, which was one of the first-ever technological solutions in the area of aid management, and is now implemented across more than thirty countries.

By 2010, Davenport had been promoted to Senior Director. He used that opportunity and started several other collaborative projects to improve the way the government handled issues of transparency, accountability, and participation. His most notable works include AidData, Feedback Labs, and OpenGov Hub.

One of the most collaborative technological solutions created by Stephen Davenport is AidData, a support platform for the research lab at William & Mary’s Global Research Institute. AidData serves as a technical data platform providing information and evidence to experts that can assist policymakers in targetting, monitoring, and evaluating their development investments. Through AidData, a team of economists, political experts, and geographers work together to provide actionable data for more effective research and policymaking.

Realizing that people should be the masters of their own lives, Stephen help found Feedback Labs, a non-profit organization. The primary purpose behind Feedback Labs is to obtain, employ, and respond to feedback from citizens and beneficiaries. The policies and programs launched by the government aimed at improving the lives of the citizens should be responsive to and aware of what people have to stay. Feedback Labs focuses on making feedback loops the norm in development, non-profits, philanthropy, and aid. It emphasizes driving policies and programs that affect people and their lives.

The most powerful and innovative solution co-founded by Stephen Davenport is OpenGov Hub. The OpenGov Hub is a co-location space that serves as an ideal center for researchers, technologists, and other practitioners in the area of open and transparent governments. Through OpenGov Hub, professionals from across the globe work together, easily, and conveniently. OpenGov Hub focuses on topics such as accountability, transparency, and participation. Today, the system includes 50 organizations and 300 people working from Washington, D.C., on over 100 countries around the world.

Stephen Rintoul Davenport IV was born in Murray, Kentucky. His father, Episcopalian Reverend Stephen R Davenport III, was a minister supporting St. Etienne’s Church in Buteau, Haiti. Stephen would accompany his father and his brother in search of wells of drinking water, as well as giving a helping hand in the building of schools and cisterns.

Stephen has been contributing to make communities better since he was eight. When he turned 11, Stephen moved to Washington D.C along with his family, where he became a high school student at the St. Stephens & St. Agnes School. He then joined the Washington and Lee University to pursue a Bachelor’s of Science degree, graduating in 1995.

As soon as Stephen graduated, he started pursuing a career in technology. For two years, he worked actively at KMPG, United States.  By 1997,  Stephen had joined Computer Associates, dedicating two years, and excelled. While at IBM, He created software for IBM Brazil.

Stephen went on to pursue a degree in Master’s in International Business Administration from the McDonough School of Business at Georgetown. While he was still a student, Stephen’s joined the World Bank Group’s IT department as a senior systems engineer, which he left in 2002 to be a part of the Development Gateway.

Stephen Davenport re-joined the World Bank group in 2013, working as the Global Lead for Open Government and Citizen Engagement, where he works today. He supports country operations and manages the Open Government Partnership (OGP) Multi-Donor Trust Fund (MDTF). His efforts are helping countries all across the globe, including Argentina, Nigeria, Tunisia, Morocco, Mongolia, and Kenya.

Eyelashes shield your eyes from dust, sand, and debris. They even give your eye makeup an …

Eyelashes shield your eyes from dust, sand, and debris. They even give your eye … 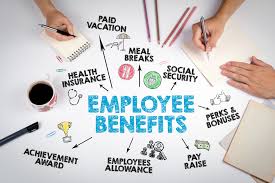