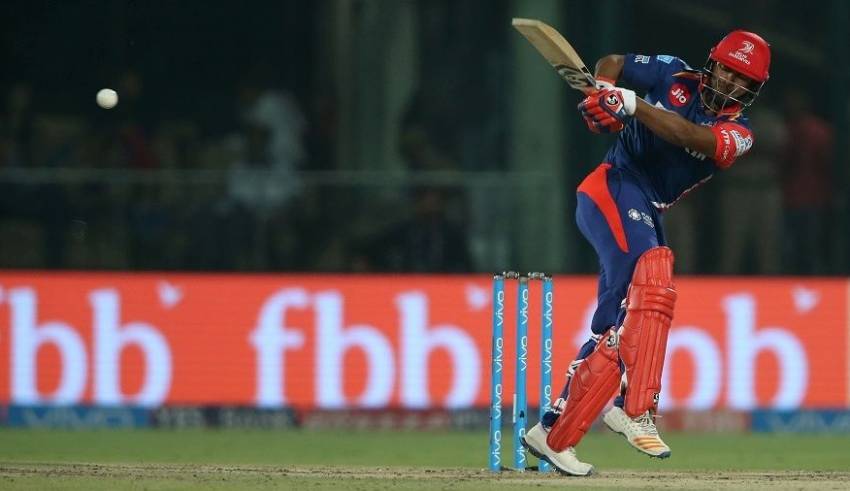 Syed Mushtaq Ali Trophy 2018:Rishabh Pant slams fourth successive fifty It was a thrilling Sunday in India’s premier T20 domestic tournament, the Syed Mushtaq Ali Trophy as six teams battled it out amongst themselves to progress through to the next round of the tournament. But what stole the limelight was the close encounter between Punjab and Karnataka where veterans- Yuvraj Singh and Harbhajan Singh proved why they still have some out of gas left in the tank. In another match between Jharkhand and Mumbai, it was the team from the Western half of India which clinched victory by just 13 runs. Suryakumar Yadav showed some good form with the willow as he whacked a quickfire 33 of just 15 deliveries to help Mumbai post a match-winning total of 170. Meanwhile, Delhi, once-again led by Rishabh Pant’s half-century, won their match against Tamil Nadu by eight wickets. Rishabh Pant’s 33-ball 58 powered Delhi to an eight-wicket win over Tamil Nadu with 5.4 overs to spare in Kolkata. Pant’s sixth T20 half-century, which included seven fours and three sixes, also took him past the 1000-run mark in his 35th innings. This is Pant’s fourth consecutive 50-plus score; he had made 51, 116* and 64 in his last three innings against Jammu & Kashmir, Himachal Pradesh and Services. Electing to bowl first, Delhi recovered from Tamil Nadu’s flying start – they were 29 for no loss after 2.4 overs – by picking up three wickets in the Powerplay. Washington Sundar was the first to depart in the third over, caught behind by Pant Pradeep Sangwan. Pant, who was retained by Delhi Daredevils for INR 8 crore, took two more catches off offspinner Lalit Yadav and seamer Kulwant Khejroliya, who removed Ganga Sridhar Raju and Bharath Shankar (24 off 17 balls). Tamil Nadu’s innings, though, came back on track thanks to captain Vijay Shankar, who struck an unbeaten 57 off 48 balls and B Aparajith (45 off 32), who added 92 runs in 11.4 overs. Shankar, who has set a reserve price of INR 40 lakh in the IPL auction, hit four fours and three sixes. Khejroliya then hit back with two wickets off successive deliveries to dismiss Aparajith and N Jagadeesan in the 17th over. Thereafter, Delhi’s bowlers pulled things back as Tamil Nadu managed only 16 runs in their last three overs. Khejroliya, who had a good Ranji Trophy season, ended with figures of 4 for 26. ADVERTISEMENT Delhi’s chase began on a good note with Pant and Gautam Gambhir (21 off 21) adding 43 for the first wicket before Sundar removed the latter. After Pant and Dhruv Shorey (28* off 24) put on 64 runs for the second wicket, Sundar struck again to dismiss Pant. Shorey and Nitish Rana (34* off 14, 3×4, 3×6), who enjoyed a good IPL season for Mumbai Indians last year, finished off the chase. Pant suffered a ankle injury after losing his balance while attempting to flick a delivery. Delhi coach KP Bhaskar, however, said the injury was minor in nature, and that Pant would be available for Delhi’s game against Baroda on Monday.]]>