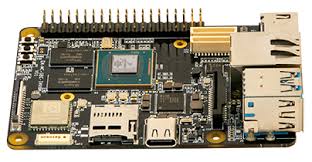 Home Software The Essentials of a Single Board Computer

As their name indicates, single-board computers, unlike their counterparts, have all their components like CPU, GPU, and RAM all baked-in. For hobbyists’ electronics, the single board computers have risen to be some of the best to choose among all the available options. Part of this reason is that they are functionally perfect and they do not need additional memory or storage to boot. Not only that, but these machines also reduce the hassles and headaches of the strap in RAMs, using several case fans or connecting any additional cables.

However, it cannot go without mentioning that a single board computer cannot do most of the things modern-day PCs do. But still, for their purposes, inspired by engineers and tinkerers, these machines are versatile and functional. For instance, they serve industries ranging from educational and commercial applications, notably in virtual slot machines, automated checkouts, ATMs, and jukeboxes.

When it comes to selecting single board computers, users have many options to choose from. In fact, they come in many models and types to serve and solve different issues. That is why when one is selecting a single board computer, considering personal needs and priorities is the best way to go. This article addresses some of the factors to consider while discussing a perfect computer that goes hand in hand with the element in question. Here are some of them.

The chances are that when someone is looking to buy anything, they will want the best. This need cannot be any different when it comes to computers because the best will always serve required purposes and satisfy preferences. Among the many single-board computers available, Raspberry Pi4 Model B is the best overall. This machine comes with a lot of advantages over its counterparts and previous models of this class. Its processor alone is one of the most powerful in this sector of single-board computers. The machine also has a GPU that works perfectly with 4K dual-screen output. In fact, no other single-board device can match all these features the Raspberry PI4 Model B has. It could easily replace the home PC, but some setbacks like being expensive and do not support windows 10 may limit this.

Costs are definitely a factor most people check on when buying anything outside there. When it comes to computer devices, this tradition is never forgotten and probably requires the best consideration. The truth is that a buyer should never compromise quality over price, but getting value for money is essential. The Raspberry Pi Zero W is the cheapest of all the available single board computers. It is affordable, and the smallest, and still performs perfectly when it comes to its ideal functions. This device is an upgrade to the original Raspberry Pi Zero. One thing to note is that it is not as powerful as the others, but its moderate RAM and CPU are perfect for small projects. Meaning seasoned and advanced users of single board computers will find the Raspberry Pi Zero W falling short of expectations.

Speed is also another factor people check on when buying any computer. Among the available single board computers, the fastest that still runs Windows 10 is the ODYSSEY X86J4105800. Part of this stand comes with its power generated by an Intel Celeron, quad-core CPU, and a 1.5GHz and a 2.5GHz capability. Not only those but this single board computer also comes with 8GB RAM, a 64GB module, WI-FI, and Bluetooth. Even though it can be the fastest single-board computer, it falls short on the demand for powerful performance and is too pricey.

The considerations to check on single board computers is endless. This discussion is just but a tip of the giant rock since it does not address all the concerns someone may have in mind. For instance, the best overall single board computer may not be the best for a gamer. In this voice, gamers can always choose the RockPro64 because its specs perfectly fit the need for speed and performance for games. Otherwise, to anyone looking for the best of them all, the Raspberry Pi 4 is the right pick since its price is just favorable, it is versatile, and has vast components to support its functionality. 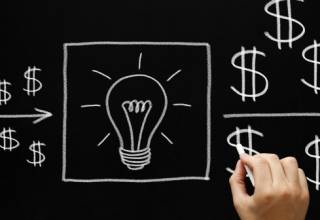