<![CDATA[]]>
<![CDATA[]]>
Home technology The famous gaming company Razer’s recently launched razer phone has knocked on Asian markets. First of all, it has

The famous gaming company Razer’s recently launched razer phone has knocked on Asian markets. First of all, it has

The famous gaming company Razer’s recently launched razer phone has knocked on Asian markets. First of all, it has

been launched in the Singapore market in Asia. These smartphones will prove to be very great for gaming enthusiasts. Its
ultrasonic display has a lot of buzz. The price of this smartphone is $ 699 (about 45,000 rupees) in the US market.

For the first 200 pre-booking of razor phones in Singapore, the company will be given Razor Hammerhead Bluetooth headset, priced
at $ 169 (about Rs 10,000). It will start selling in Singapore starting December 1. However, no information has been provided
about how long it will come in India.

Speaking of specification, this smartphone has been launched with Android 7.1 Nought, which will be upgraded to Android Orio.
The Razor phone has a 5.72-inch IGZO LCD ultrasonic display, whose resolution will be 1440×2560 pixels. This display comes
with Corning Gorilla Glass 3 protection. The smartphone has the latest Snapdragon 835 processor.

This smartphone is also excellent in case of camera, it has a 12-megapixel dual rear camera setup. The 8 megapixel selfie
camera has been given. Talking about its storage, it has 64 GB inbuilt storage which can extend upto 2 TB with MicroSD card. To
give it power, a battery of 4000mAh is given.

The Razer Phone has been priced at $699 (roughly Rs. 45,000) and will be going on sale later this month. Interested users can
head to Three stores in the UK and EU as well as Microsoft Stores in the US and the company’s own stores in San Francisco on
November 17 to get their devices. For those unaware, Razer Phone has been launched in a GSM version which will mean that users
that are tied to their mobile carriers will have to wait for the company to release a CDMA version. Razer has also announced a
special edition of the new Razer Phone which will come with a Neon Green company logo at the back panel. The standard model
will be available with a Black logo. 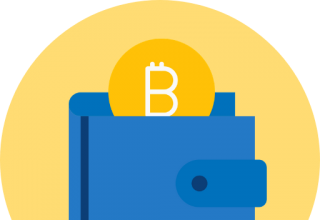