Home technology The Importance and Impact of Blockchain Technology and Decentralization

Still thinking about what the technology is all about and what it can do? You might be familiar with the term “Bitcoin” this is the first example of the technology used “Blockchain.” For someone from a different domain, this term might seem a bit abstract with little meaning to it, however, blockchain is a critical element of cryptocurrency. The reason why digital currencies exist in the first place.

Using blockchain technology, almost every individual will be able to register entries into a record of information. This information can be controlled and accessed by a community of users. As we go further with the information,

Blockchain’s importance lies in transparency, security and is publicly accessible. It is a register like a ledger which allows an individual to securely make a transaction using public key encryption. The matchless feature is decentralization, meaning it is not centrally controlled by a bank, government or corporation. As a result, the larger the network grows and becomes decentralized, the more secure it gets. Since its inception, it has not limited itself to Bitcoin. But from the time bitcoin and cryptocurrencies were the talk of the town it has gained a lot of traction in the market. Many industries have started making use of blockchain technology: nonprofits, government, financial sectors, banking, e-commerce, healthcare, legal industry, startups and so on.

How does blockchain function?

Before moving ahead, there are certain technologies that one should be aware of while reading about blockchain e.g. private key cryptography, distributed network with a shared ledger, an incentive to service the network while the transaction takes place, and record keeping, etc.

Once the transaction takes place, the node starts its function by creating a digitally signed private key. Now transaction can happen on anything in a blockchain. Further, the information is flooded using a flooding protocol, this is transferred to peers to validate the information based on the said criteria. Generally, a single node is sufficient to verify such transaction.

On validation, the data gets transferred on the blockchain. This newly created block forms a part of the ledger, using cryptography the next block gets linked to the block. After every transaction happens, a new block is formed.

In simple terms, decentralization is a way of organizing networks, meaning one no longer require centralized organizations to do things for us. At times, it gets difficult explaining the term to others and why it is important in blockchain. Most of us must have heard terms like bitcoin, Ethereum, cryptos, solidity, etc. these are certain common blockchain technologies you’ll come across quite often. Does decentralization work at all times or not? At some areas, it makes sense but at certain areas, it doesn’t.

Here’s a look at the areas where there’s a huge impact of decentralization:

Resist collusion – having a decentralized system enables to resist collusion and also prevent the participants to behave in a manner where the advantages benefit them but harm the general public, employees, and customers.

Consensus – decentralization provides a distributed model in which participants themselves are collective owners and decision maker present in the network.

Tolerate fault and attack resistance – a system that is decentralized is tough to attack, destroy and manipulate. Reason being they don’t have even a single point that they lack.

As an open initiative, many IT professionals turn up to learn blockchain technology today. As it is the best ways to create an impact in today’s business market. 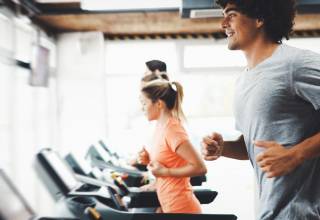 If you aim to become a professional athlete or an enthusiastic gymnastic, there is …