We are all aware of many threats to our health and the state of our planet. Scientists from all over the world are working hard to pinpoint all those threats and help us find a way to cope with them. One such threat, which doesn’t get the attention it deserves, is hydrogen sulfide.

Let’s start by learning what it is. Hydrogen sulfide (H2S) is a toxic gas produced by sulfate-reducing bacteria under anaerobic conditions. It presents problems in the anaerobic digestion process for several reasons, such as contributing to foul odors and sulfur dioxide (SO2) emission when combusted. Also, H2S creates a corrosive environment when moisture is present and can compromise the quality and effectiveness of fuel delivery systems.

While no-one can deny that anaerobic digestion technology has many merits, some of its by-products still need to be addressed properly. One of them is hydrogen sulfide (H2S), which can pose a great threat to both humans and the environment. This is why laws in most countries have provisions dealing with the removal of this toxic gas. Namely, this gas is a silent threat, often unregistered by our senses and people are exposed to it mainly by inhaling it. Also, even though some people can smell it at small concentrations, their continuous exposure to even low levels of H2S easily deadens the sense of smell quickly, while exposure to high levels of the gas deadens the sense of smell almost instantly. The problem is that despite the characteristic scent of H2S, smell is not a reliable indicator of H2S gas presence.

How does it affect people?

H2S irritates the mucous membranes of the body and the respiratory tract, which can easily result in a headache, nausea, convulsions, and eye and skin irritation. Exposure to it can also lead to the central nervous system suffering serious injuries. Even worse, at high concentrations, all it takes are a few breaths to induce unconsciousness, coma, respiratory paralysis, seizures, or even death. Prolonged exposure to high levels of this gas may also lead to reduced attention span and motor functions. Delayed pulmonary edema, a build-up of excess fluid in the lungs, may also occur following exposure to high concentrations.

Because it’s heavier than air, H2S accumulates in low lying areas of poorly ventilated spaces. What also happens is that in oil and gas applications, sour gas (products containing H2S gas) reacts with air and moisture to form sulfuric acid, which can corrode metals. That is another reason why urgent Sulfatreat H2S removal is required, since it offers a simple, reliable, predictable performance, minimal operator attention and ability to adapt to variable process conditions. 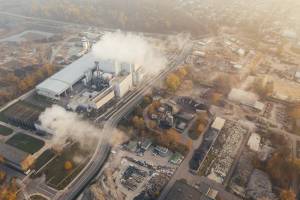 Impact on the environment

H2S also has detrimental effects on the environment. It is an environmental pollutant in and of itself, which emits sulfur dioxide (SO2), dangerous to trees, plants and animals when present in high concentrations. It damages foliage and stunts growth, as well contributes to acid rain, thus harming fragile ecosystems. SO2 also reacts with other compounds in the atmosphere, forming fine particles that create a haze, reduce visibility and deposit on structures, including statues and monuments, staining and damaging them.

This gas is actually a fast-acting poison, impacting many systems within the body. Wearable gas sensors are necessary for early detection and alerting, because the body’s senses are not reliable indicators, as we’ve already established. Gas detectors should be considered, as they alert live monitoring personnel of worker H2S gas exposure. Devices with a fast response time and sturdy construction are important for use in harsh environments where this gas may occur. Additionally, as H2S may desensitize and render the body unconscious in no time at high concentrations, connected personal monitoring equipment is crucial.

To begin with, those exposed to this gas have to be removed from the toxic environment without delay. However, rescuers need to be careful when approaching victims as to not be harmed themselves by H2S exposure. When entering an H2S environment, it’s recommended to use respiratory protection and a safety line, due to the very rapid toxic effects of the gas. So far, no proven antidotes to H2S gas poisoning have been known to exist, but side-effects and symptoms can be treated and managed, though severe cases of poisoning may require hospitalization.

As you can see, hydrogen sulfide is potentially very dangerous to humans, animals, plants and equipment in large industrial facilities, which is why countries around the world have passed various laws and regulations related to dealing with this threat. We all need to adhere to these regulations in order to keep everyone safe, but also prevent further possible damage to the environment, which might have many dire long-term consequences. Therefore, it’s in everyone’s interest to know what this poisonous gas can cause and how to deal with being exposed to it.