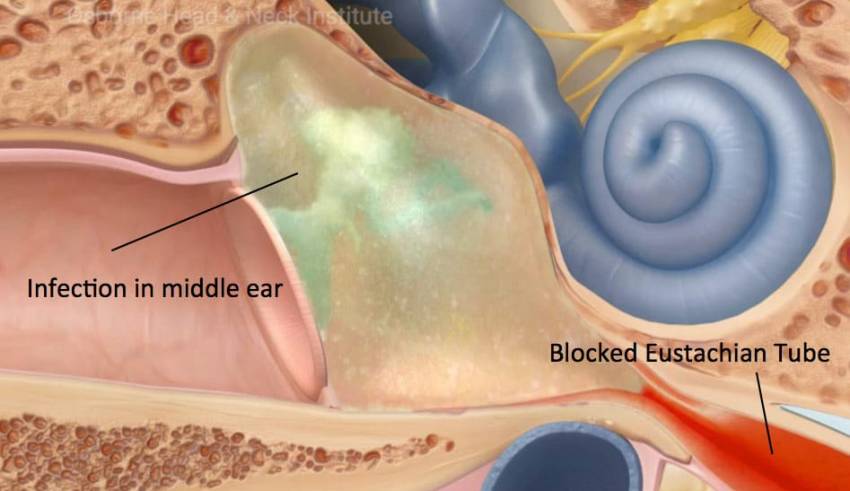 It is not uncommon to have a feeling of fullness in the ear or have problems related to balance. There can be multiple reasons for this to occur and Eustachian tube dysfunction is one of the potential causes.

The Eustachian tubes are narrow tubes that run between the middle ear and upper throat. They help to drain fluid from the middle ear and equalize ear pressure while generally remaining closed; except during chewing, swallowing and yawning. Since these Eustachian tubes are narrow, they can get  clogged easily. It will occur more frequently in  children or adults who have a narrower Eustachian tube. This can cause discomfort, difficulty in hearing and fullness of the ear. It often  settles on its own, but if you experience this condition frequently and it’s severe, then it is best to consult an experienced ear doctor.

What are the symptoms of Eustachian tube dysfunction?

The duration of vEustachian tube dysfunction can last long if it is due to an inherent ear disorder. Common symptoms include fullness in ears, pain, tinnitus, hearing problems and  popping sounds in the ear. This condition can be often associated with a blocked nose and individuals who have Eustachian tube dysfunction have particular discomfort  during flights, especially upon a plane’s descent.

What are the causes of Eustachian tube dysfunction?

Upper respiratory tract infections can cause this condition. Seasonal allergies as well as sinusitis too cause the Eustachian tubes to get plugged up. In addition, higher altitude can make your ears  feel a fullness. This can be usually experienced during a flight, on an elevator or  hiking at high altitudes.

Who are at risk of getting Eustachian tube dysfunction?

It is not uncommon for many of us to  have this condition on and off, but some individuals are at a higher risk.

When do I have to see a doctor for Eustachian tube dysfunction?

Usually this condition resolves on its own, but symptoms last for more than a fortnight and the pain is unbearable and severe, then you should see an Ear Nose Throat specialist. Ear infections are more common in children and you may find them pulling on their ears when they have an ear ailment. It is important to have children reviewed by a specialist to rule out any serious ear ailment.

How is it diagnosed?

Your ENT doctor will take your medical history to better understand the patient’s decline in hearing and other symptoms the individual might have. A physical examination of the ear, nose and throat will be performed.

What are the treatment options?

The treatment plan depends on the frequency and severity of the condition. Minor symptoms can be resolved with a few at home tips such as chewing on candy or breathing out through the nose with your mouth closed. Alternately a few over the counter medications will improve your upper respiratory tract ailments. If you have a nasal block then a nasal spray can be used. In severe cases your ENT doctor might suggest surgery to improve the blocked nose. Other treatment methods include the insertion of a ventilation tube or balloon dilation of the Eustachian tube. Babies and toddlers who have this condition can be given a pacifier or bottle to suck to relieve minor symptoms.

Individuals who are experiencing severe inflammation with their ear infection might be prescribed antibiotics and corticosteroids. If one experiences chronic ear infections in the middle ear, then pressure equalization tubes may be implanted. Your otolaryngologist  may even drain any excess fluid if there is a build-up.

What are the complications due to Eustachian tube dysfunction?

It is important to treat the underlying cause,  or else this condition can re-appear. In severe cases it can cause middle ear infections, excess fluid build-up in middle ear and eardrum retraction.

Eustachian tube dysfunction generally resolves on its own without the need for any medical intervention. If caused by a bacteria infection, a dose of antibiotics can help resolve the issue within 2 weeks. Regular treatment for sinusitis and allergies can also keep this condition at bay.

The ENT Clinic has a team of qualified experienced ENT physicians along with a great support team, who assist with quick diagnosis and a great treatment plan to suit your lifestyle and address Eustachian tube dysfunction and other ear and throat disorders. The ENT Clinic is a popular choice for ENT consultations for locals, expats and tourists in Singapore mainly due to the comprehensive care provided by the specialists at the practice.

How to Structure Your Amazon PPC Campaign in 2021?

We all know the rule, the deeper the well the sweeter the water. This same strategy applie…