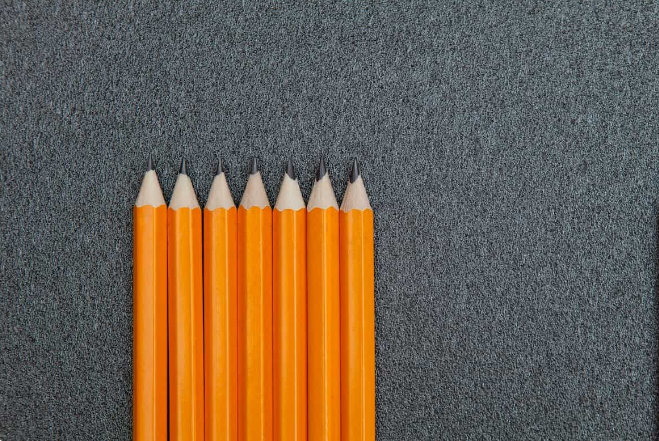 The scale of hardness of the pencils in the drawing. The experience of an artist can also be seen in the choice of the right and suitable tools for each job, for each intervention, and each tiny detail. The designer who wants to work best and have the best results must choose the most suitable graphite pencil. But what are the factors that come into play and that must be considered in this important choice?

Indeed one of the most important is the degree of hardness of the pencils, and this is where the difference is felt: drawing with a hard pencil is different from drawing with a soft pencil, and what is achieved with one cannot be reached. With the other! With this article, we will see how the hardness scale of drawing pencils is structured, and we will discover above all the uses designed for the different grades of the lotus drawing.

The graphite lead of drawing pencils

When we talk about the scale of the hardness of drawing pencils, we focus on the internal part of the graphite lead inside the wooden casing. Contrary to what is sometimes thought, the pencil is by no means an ancient instrument: graphite was discovered relatively late, with the first drawing pencils, or rather, the first sticks of graphite, put on the market in September 1665. To understand why the hardness of drawing pencils is, to date, very important, it is necessary to deepen a little bit the actual composition of the lead.

At one time, it was simply graphite sticks. Then, to bring better and better mines to the market, we started working this material up to today’s mines, composed of graphite and clay and impregnating agents. We can think of graphite as the black pigment, clay as the necessary binder, and impregnants – such as vegetable fats and waxes – as the stability and adherence components. This “dough”, to reach us in its solid form, is cooked at about 900 degrees centigrade. And it is precisely the amount of clay present in the mine that determines the degree of hardness of drawing pencils!

The scale of hardness of graphite pencils

The hardness of drawing pencils is classified through the European system, which was extremely simple at the start. Over the years, different gradations have been added, leading to the classification to be more complex.

Initially, the scale of hardness of graphite pencils consisted simply of 4 levels, namely: H, F, B, and HB. The hardest pencil is marked with the letter H, which means hardness. The pencil with a slightly less hard lead, for a fine line, is marked by the letter F, or Fine line, or firm. Then there is the softer pencil, with a soft lead, recognizable thanks to the letter B, or blackness, due to the dark stroke. Finally, the compromise is the medium pencil, precisely called HB, similar to the F pencil but softer.

The gradations of pencils today

And then? And then, some manufacturers began to feel the need to expand the hardness scale of the pencils and began to produce intermediate levels. At first, the letters began to be doubled: the harder pencil thus became the HH, the softer pencil the BB. At a certain point, however, the various pencils were diversified excessively, therefore decided to switch to the more straightforward number system, which is the one currently used. So today, we have the pencil with the most complex lead, the 9H. Then we have the 8H, the 7H and so on, up to the simple H. The same goes for soft pencils, from B to 9B. It must say that the various producers while respecting the European hardness scale, reach different extremes. Some have scales from 9H to 9B, those from 10H to 8B, and those from 6H to 8B, and so on.

The different classifications in the world

For completeness, we also add in the United States a different scale to indicate the hardness of graphite leads: those who want to buy a drawing pencil in New York, for example, must search for # 2 for an HB, or example a # 4 for one 2H. The scale of hardness of drawing pencils also changes in Russia: anyone wishing to buy a graphite pencil in Santo Vladivostok should look for a TM for an HB or a 2T pencil for a 2H. In short, the country you go to, the hardness scale you find!

You use them based on the hardness of the lead

The hardness scale of drawing pencils was not created by accident. No: the different levels of hardness of the pencils were created to meet the needs of different artists, who used more or less hard pencils for different uses.

The use of soft pencils

Generally speaking, we can say that the softer pencils, which make up the upper part of the B pencils, are mainly dedicated to the world of art. These are pencils with a very soft lead, with a characteristic brush effect, which can put budding artists in crisis and which, at the same time, can allow virtuosity to the most capable designers.

How to use the most complex pencils

As the hardness of the pencils increases, and therefore moving towards the gradation marked by the letter H, the line becomes more refined and more delicate, the streaks are gradually more and more absent, and the sheet remains clean. Therefore, it is understood that the primary purpose of the 2H, 4H pencils is to be used for technical drawings. But beware: hard pencils are also very popular with artists for the ability to draw perfect details and, if used with slight pressure, for making drafts and sketches that are easy to cover or erase.