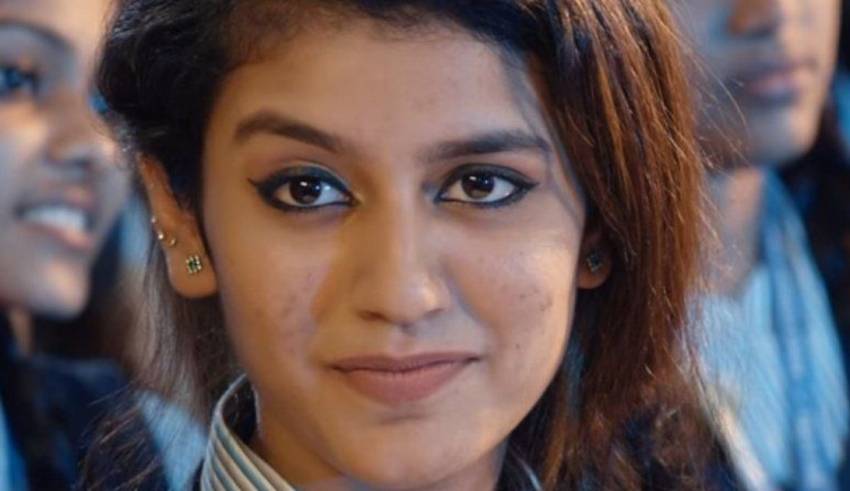 The internet is a tough thing to understand. Probably, that’s why it rules the lives of millions across the world After Sheril G Kadavan became an Internet sensation thanks to the viral Jimmiki Kammal video, another young woman has become an overnight celebrity. On Valentine’s week, a song “Manikya Malaraya Poovi” is ruling the internet, thanks to another pretty face Priya Prakash VarrierAnd once again, the song has been set to music by Shaan Rahman who gave us the catchy Jimmiki Kammal. The original composer is Thalassery K Refeeque while Shaan has ‘revisited’ the music. Adding to the coincidence, it is Vineeth Sreenivasan, one of the singers of Jimmiki Kammal, who has sung this number, too! The song Manikya Malaraya Poovi, is a melody from the upcoming Omar Lulu film Oru Adaar Love. Omar Lulu’s last film was Chunkzz, an adult comedy that was panned by critics but did well at the box-office.the actress in question — Priya Prakash Varrier — has become an online sensation. Her face has not only been replicated across memes and photos, but one can easily call her the face of India’s Valentine’s Day celebrations this year. “Manikya Malaraya Poovi” is an addition to a list of Malayalam numbers that cinematically capture real-life instances effectively. “Manikya” particularly reminded me of two other songs, not in terms of tune, but the treatment – the title track of Poomaram featuring Kalidas Jayaram and the beautiful “Malare” from Premam. All three tracks are simple, but well-arranged tunes with videos that capture emotions that we know well. check out

The song is set in a school campus and shows people in the audience reacting to the singer and each other. Actor Priya Prakash Varrier is among the students who feature in the song and she can be seen gesturing to a friend to occupy the place next to her. As the two girls chat, a young boy catches her eye and the two of them flirt with each other through their expressions. ]]>