The process of cleaning the inner walls of the smaller and large-sized pipes is called pigging and the valve which is used to move the “pig” for cleaning purposes is called a pigging valve. The name has its derivative from the squeaking sound it emits during the process. These valves find its operation in the oil industry since the inner walls of the pipes are usually blocked with debris and the flow is decreased. Debris builds up pressure on the walls of the pipes and can cause damage. Hence cleaning regularly using a pigging valve is mandatory for industries handling viscous fluids. 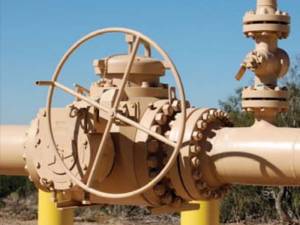 The pigging valve provides the required pressure to push the pig to move forward and helps in cleaning the inner surface of the pipes and making the liquid flow easier. The pig travels easier with the help of the pigging valve and its need is mandatory in industries handling heavy fluids flowing through pipes daily.

The function of Pigging valve

The design of a pigging valve is unique to fit the inner diameter of the pipes and the free movement of the pig inside the pipe is required. The pig’s outer circumference should be designed to clean the inner walls of the pipe. The type of valve chosen for this purpose is a ball valve which satisfies all the criteria for this job.

The function of the pigging valve involves the movement of the pig through the entrance of the pipe followed by cleaning the inner surface of the pipe along the way and comes out through the exit called the pig catcher. The entrance is referred to as the launch station as it launches the pig inside the pipe. The flanges are the major requirement to be considered during the process as the entry and the exit of the pig should be smoother and can be handled easier. The pig is in the form of straw bundles wrapped around a wire/leather and is inserted into the pipe using pressure and pulled outside with the help of a cable. Pigging is an inspection procedure followed in almost all the industries involving pipes and the flow of liquid. The liquid deposits debris during its flow through the pipe and pigging helps in the removal of the debris deposited on the walls of the pipes.

Pigging valves help in collecting information about the pipe like temperature, pressure, cracks, leakage, and help in rectification.

Camtech Manufacturing is the first and one of the few API accredited valve manufacturing company in the UAE, Middle East and North Africa region providing unparalleled quality with sheer excellence.