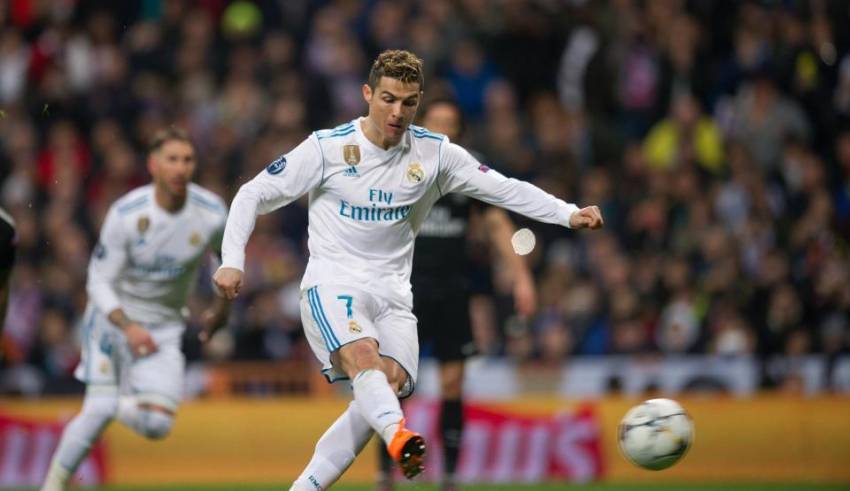 Real madrid news:Zidane and Cristiano Ronaldo hand champion league lesson to neymar and psg There will, inevitably, come a point when Ronaldo genuinely becomes a “fading star”. But once again tonight he proved that suggestions he is past his best are premature. The 33-year-old may be losing the searing pace that has been one of his many attributes, but once again he showed he still rises to the big occasion like few others. He has now scored 10-plus goals in seven consecutive Champions League campaigns, while no other player has done so in more than two. His last 12 appearances in the competition have seen him score 20 goals This contest was billed in some quarters as being all about five-time Ballon d’Or winner Ronaldo versus Neymar, the prodigiously gifted young contender. But as a disgruntled Neymar headed straight down the tunnel at full-time, Ronaldo lingered to bask in the adulation of the Madridista faithful, from whom he had asked for “unconditional support” after striker Karim Benzema was booed during their 5-2 home win over Real Sociedad on Saturday. If Ronaldo’s penalty was dispatched with trademark power and precision, he got lucky with his second after the impressive Asensio’s cross appeared to ricochet in off his knee. But once again he was in the right place at the right time and with his talisman still firing, Zidane will remain hopeful of ending a disappointing season with glory in May. PSG’s squad is the second most expensive in world football according to the CIES Football Observatory (behind Manchester City) and includes the world’s most expensive player, £200m forward Neymar. PSG dominated large spells against the 12-time winners but Ronaldo’s second and a quick-fire third from Marcelo left Unai Emery’s men with a daunting two-goal deficit to overturn at the Parc des Princes on March 6. Brazilian full-back Marcelo gave the La Liga giants a bit of breathing room with his goal in the 86th minute.But Ronaldo was the name on everyone’s lips as he became the first player to score 100 goals for a single club in Champions League history. The Real Madrid legend was the first player to score 100 goals in total in Europe’s elite competition last season – after netting 15 times during his Man United days. But now he’s the first to do it with a sole club, narrowly edging long-time frenemy Lionel Messi to that honour. The Barcelona star has netted 97 times in the Champions League for the La Liga giants – who next face Chelsea in the last-16 on February 20. The pair are both miles ahead of third-placed Raul – who scored 66 Champions League goals for Real Madrid. The Spanish legend himself is streets above fourth-placed Alessandro Del Piero (42 for Juventus) and the chasing pack. The likes of Karim Benzema, Thomas Muller and Didier Drogba all rank in the top ten, along with Ruud van Nistelrooy, Thierry Henry and Wayne Rooney. Goalkeeper Alphonse Areola did not produce a performance that deserved to concede three goals, making strong saves from Toni Kroos and Benzema, and largely impressing. It was very important,” said Ronaldo. “When you score goals and the team wins, it is always special. “Today, I stood out, I helped the team to win by scoring two goals, but we know that the tie is not finished yet.]]>