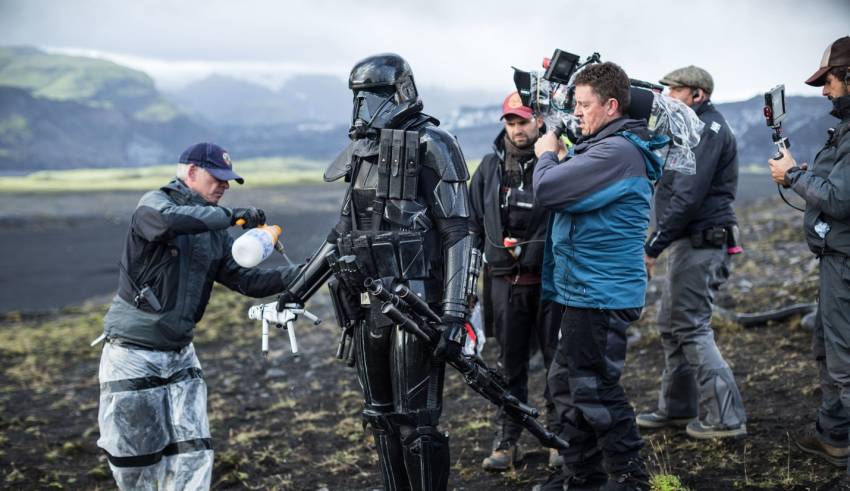 Going to the movies is a time honored tradition, a relaxing family activity or a cozy date night. It takes a lot of people, though, to turn a written story into a visual blockbuster. You may walk away remembering the star that stole the screen; however, quite a bit went on behind the scenes to make that happen. Here are 5 careers integral to creating a showpiece.

This person is in charge of the entire production, handling the business end of the project. Before the show kicks off, the producer raises funding, oversees script development, hires the actors and establishes a budget. Then, he or she monitors the progress, eventually working on marketing the picture. It’s a multi-dimensional job that requires multi-tasking, drive and communication. Successful producers such as Heather Parry spend hours coordinating with various departments.

The director is the film’s creative lens. While production handles getting the show off the ground, the director makes it a masterpiece. What is the feel of the film? Is it dark or light? How should characters be portrayed? What is the best way to envision a scene? Thus, this job requires someone with visualization skills and a keen imagination.

The lines that stole your heart or busted your seems didn’t just pop into the character’s mouths. Someone, or sometimes several people, skilled in plot and character development methodically crafted a script.

As the actors devote themselves to learning their lines, fashion specialists work hard to pull together outfits that suit the setting and character. Each look should make a statement, enhancing the director’s vision.

Many viewers may not notice the music right away, but the background does enhance the movie’s overall emotional appeal. During an action-packed scene, a quick pace could intensify the event, leaving audience members on the edge of their seats. During a heartbreaking loss, the song just may bring tears to people’s eyes.

The actors are, without a doubt, major players, but they have help from others. It’s a team affair. With a talented set, a masterpiece could happen.