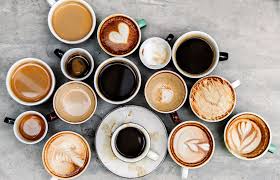 If you’re in Camp Coffee, you know there’s no better way to start your morning than that first sip of a perfect cup of brew. Whether you like it strong and black or sweetened with sugar and the fixings, coffee has the magical ability to make everything better.

But did you know that this miracle beverage can do more than wake you up? Research studies have been done all over the world to try to figure out the benefits of coffee, and the results have been surprising!

When you drink coffee, you’re not just getting that yummy caffeine jolt that perks you up. These five simple benefits of daily coffee help improve your day and can boost your overall health!

Antioxidants are what your body needs to neutralize the effects of free radicals on your cells. Any time you walk outside, you’re hit by these invisible damaging organisms. They come with exposure to the sun and air pollution.

But coffee has more antioxidants in it than green tea, which was once the leading ingredient recommended for this purpose. Coffee has around one thousand antioxidants in unprocessed beans, and when the beans roast, more develop.

Antioxidants also reduce inflammation, which can cause a lot of chronic health conditions. Since one of the main side effects of stress is inflammation, it’s not surprising that a cup of coffee makes you feel better. You might have thought it was getting that deliciousness in your system, but it could be the antioxidants!

Caffeinated coffee boosts your brain’s ability to remember short-term items more clearly. Caffeine has a direct impact on the part of the brain responsible for memory and concentration.

Although these effects are temporary, some research has shown that drinking coffee can be beneficial in the long-term. Regular coffee drinking may reduce or prevent cognitive decline like Alzheimer’s.  The more coffee you drink, especially in your middle years, the less chance you have of getting dementia and other memory problems later.

The study theorizes that caffeine works as a deterrent to the buildup of beta-amyloid plaque. This substance is thought to contribute to the onset of Alzheimer’s and its subsequent progression.

However, type 2 diabetes and Alzheimer’s have already been linked in the past, so another theory uses this connection. Some researchers believe that coffee can reduce the risk of developing type 2 diabetes. At the same time, it lowers your chances of getting dementia.

Your daily cup of coffee gives you the immediate benefit of a better working short-term memory. But it could be saving you from cognitive decline, too!

3. Coffee Can Reduce Your Risk of Other Diseases

Mental clarity is essential, and coffee definitely helps us perk up! It also could benefit you physically, according to some research.

According to research reported by the American Heart Association, moderate coffee drinkers are less at risk for heart disease than those who drank too much or too little. Moderate is cited at two to four cups per day.

The idea behind these numbers is that those who fall in this category are getting just enough antioxidants and other nutrients. These powerful nutrients protect the arteries from damage caused by inflammation.

Similar studies have also shown that coffee can lower the risk in men of getting prostate cancer and in women of getting endometrial cancer. Regular coffee drinking was also correlated to lower rates of other cancers in both men and women.

Cancers are often caused by the presence of carcinogens in the body. Polyphenols are antioxidants that are found in coffee. These nutrients have anticarcinogenic properties. This is thought to explain the connection between lower cancer rates and higher coffee drinking.

4. Your Risk of Depression is Lowered

It’s hard to be unhappy when your coffee tastes so good. That’s why coffee connoisseurs know it’s worth the investment to get the right beans and machines.

There are medical reasons that coffee drinkers are less likely to be depressed, too. Data from research studies have linked those who consume coffee less regularly to higher rates of depression.

Why does coffee work miracles on our moods?

Some researchers think that the caffeine in coffee wakes up our neurotransmitters. These control the hormones that affect our moods, like dopamine and serotonin.

Both of these hormones are activated when we do things we enjoy. They give us the “high” feeling that comes with exercise and rewards. When your happy hormones are always stimulated, it’s hard to be depressed!

A lot of fitness pros recommend avoiding coffee before and after a workout because of the potential of being dehydrated. But this only happens if you drink a lot of coffee, like more than five cups a day.

Drinking moderate amounts helps you fight against the tiredness that is often the excuse to step out of exercising early. Caffeine can enhance your endurance by strengthening the muscles. It also increases your fatty acid circulation.

If you want to test this theory for yourself, the next time you plan on exercising, drink a cup of coffee about an hour beforehand. Compare it to the last workout you had without caffeine stimulation, and decide from there which one you prefer!

Non-coffee drinkers may never understand the thrill of that first sip in the morning. But beyond the joy that comes with the essence of a magic cup of joe comes some other health benefits they don’t get, either!

Keep on drinking your coffee in moderation. Now you know that it improves your day and your future health!