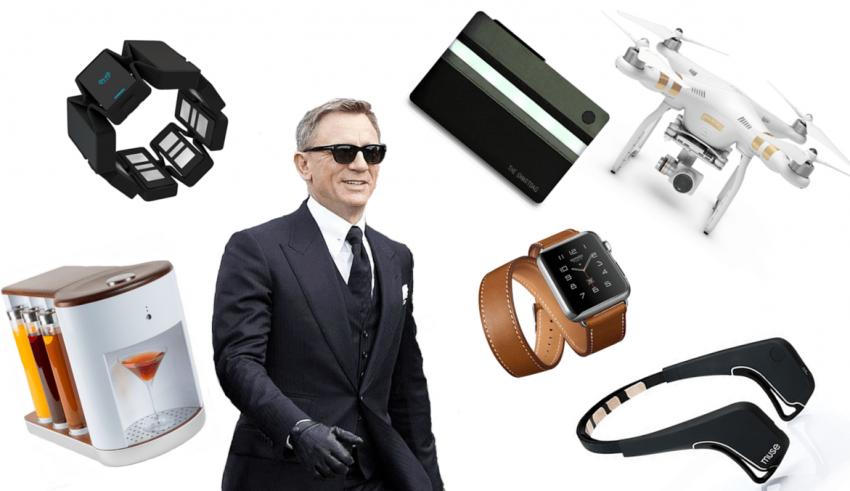 When you think about James Bond the first thing that will come to your mind will be cool gadgets. James Bond is a fictional movie character that is known for its high-tech gadgets, beautiful women, wonderful cars, and Martinis.

James Bond was a British MI6 Agent used to spy on his enemies using these high-tech gadgets that were specially created for him. If you also want to keep an eye on someone just like James Bond then you can hire a private investigator in Tennessee.

However, talking about James Bond, he was not only a great agent but he also knew how to operate his gadgets. Here are the list of James Bond gadgets that every kid dreamt to have.

Spike Umbrella (For Your Eyes Only-1981)

This killer spiked umbrella was designed and made by Q who was a quartermaster for James Bond. This umbrella had spikes that snap shut, dispatching head of the enemy.

Lotus Esprit was already a Bond’s beloved car, but the team of The Spy Who Loved Me took a step further and modified it into a submarine that can run on land as well as in water.

Other than that the car also featured a cement blaster, homing missile, periscope, underwater mines, and torpedoes!

This Rolex watch was one of Bond’s most versatile gadgets in 1973. This Rolex watch was not only great at showing time, but it also included a tiny circular saw. Moreover, the watch also consisted of a strong electromagnet that was capable of deflecting bullets.

Trick Briefcase (From Russia With Love-1963)

This suitcase from the movie From Russia with Love was basically a Swiss Army Knife of briefcases that were equipped with all kinds of hidden compartments and tricks. The briefcase was loaded with knives, a rifle, a tear gas dispenser, along with many more weapons.

The team of Tomorrow Never Dies transformed an Ericsson phone into a deadly gadget by adding a number of different functions like a stun gun, a fingerprint scanner, a lock pick. Moreover, the phone doubled up as a remote for his luxury sedan.

Avalanche Ski Jacket (The World Is Not Enough-1999)

Flame Throwing Bagpipe (The World is Not Enough-1999)

As the name suggests, this bagpipe is not an ordinary bagpipe. This is a special bagpipe that is designed by Q. While the specialty of this bagpipe is it doubles up like a flame-throwing machine! That is not enough, this flamethrower also includes a machine gun inside, just in case!

The relation between James Bond and Aston Martin is very old. This means that Bond is driving an Aston Martin Vanquish in the Die Another Day that has some special capabilities.

This Aston Martin is capable of getting invisible by using tiny cameras and screens to reflect what the other side. Apart from being invisible, the car also contained shotguns, machine guns, rockets, passenger ejector seats, retractable tire spikes, radial thermal imaging, and many more awesome features.

The World Is Not Enough is the movie that surprised the audience with many cool and interesting gadgets. The x-ray goggles were one amongst them. This was made especially for the Bond, so he can see what weapons his enemies are carrying.

If you are also willing to keep an eye on someone like James Bond style, then you can contact your private investigator services in your area like Gary Litton which offers best investigation services.