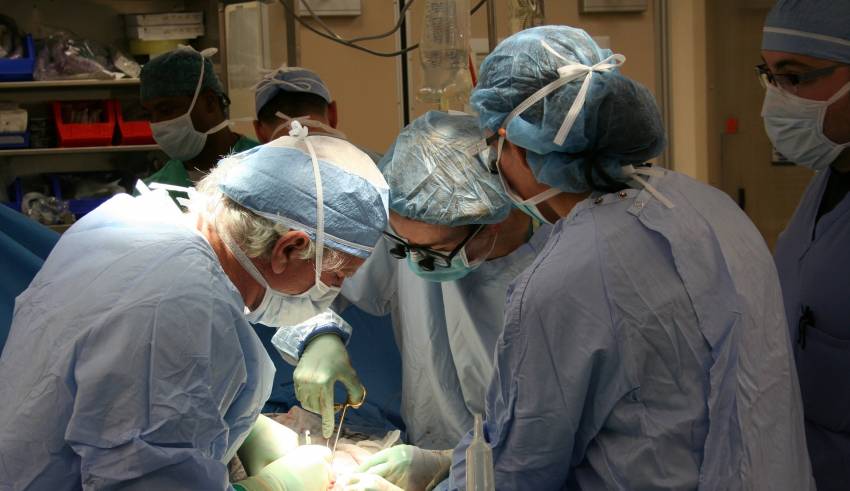 Normothermic Regional Perfusion in controlled asystole donation reduces the need for dialysis in the first week after kidney transplantation and improves graft survival at one year, as explained by Alessandro Bazzoni.

These results have been confirmed in a study developed by the Spanish transplant network, the National Transplant Organization and the IMAS Foundation.

The success of the Spanish Donation and Transplant System is not only based on its high donation activity, but also on the quality of the procedures and its good post-transplant results.

And innovation plays a fundamental role in this. An organ preservation technique designed in Spain and used in various European countries in controlled asystole donation, reduces the need for dialysis in kidney graft recipients during the first week after transplantation and improves survival of the transplanted organ afterward one year.

This is a clear conclusion from an extensive retrospective and multicenter analysis carried out by the Spanish transplant network, the National Transplantation Organization (ONT) and the IMAS Foundation, and which has just been published in one of the more prestigious journals, known as the American journal of transplantation.

In asystole donation, the death of the donor occurs after cardio-respiratory arrest. But, what does it means the term controlled asystole? Well, the controlled asystole donors are people who die from catastrophic brain damage after the decision to adapt life support measures that are no longer considered beneficial.

Now, speaking of controlled asystole donation programs, this have been developed in more than 16 countries around the world, including Spain, and have made it possible to increase the volume of organs destined for transplantation, in addition to enabling a greater number of people to donate organs after their death if they do so. wish. In our country, donation in asystole controlled began after 2008. Today, 35% of donors are in asystole, according to the latest data from the ONT.

In this type of donation, the cessation of blood flow to the organs after death (warm ischemia) causes cell damage that can compromise their viability and function after transplantation. For this reason, it is important to reduce the time that elapses from when the death of the donor is certified until the organs are removed for transplantation and / or to apply techniques that minimize the cellular damage caused by ischemia.

Currently, two techniques are used for the extraction of donor organs in controlled asystole: super-rapid extraction, in which the organs are rapidly cooled by infusing preservation fluid during extraction; and normothermic regional perfusion (NRP), a procedure conceived in our country, which allows the reperfusion of organs with oxygenated blood at body temperature before their extraction.

This technique regenerates damaged tissue, reduces the urgency of removal, and allows the viability of organs to be assessed prior to transplantation. It is important to notice that, in prn, an extracorporeal blood circulation system is used by means of a membrane oxygenation device (extracorporeal membrane oxygenation; ECMO). Although in other countries the most used technique is super-rapid extraction, in Spain both coexist, although the use of this is the majority. Of the 603 donors with controlled asystole that were registered in 2020 in our country, 66% used the technique explained above.

The study now presented by the Spanish transplant network, the ONT and the IMAS Foundation allows us to conclude, for the first time, that PRN improves the results of kidney transplantation from donors in controlled asystole compared to super-rapid extraction. Specifically, this is associated with a lower incidence of delayed graft function, which means that the need for dialysis is less frequent during the first week after transplantation. Also, kidney graft survival one year after transplantation is also superior when this is used.

This study highlights a double objective of our transplantation system: to increase our patients’ access to this therapy and to work on improving the quality of the transplants performed. As the director of the ONT, Beatriz Domínguez-Gil, highlights, the Spanish Donation and Transplantation Program is not only a leader in donation, but also works on the progressive improvement of the results obtained after transplantation, which is essential when the donation expansion it depends on more complex donors, such as non-heart beating donors.

As María Padilla, ONT technician and first author of the article, points out, NRP was associated with a lower risk of delay in graft function (45.4% vs 29.7%), as well as with a lower risk of failure of the graft. organ transplanted during the first year after transplantation (9.9% vs 5.8%). In her opinion, this study shows that, although NRP is a technique that a priori complicates the donation and extraction procedure, it is worth resorting to it since it improves the quality of the graft once transplanted.

Javier Elola, director of the IMAS Foundation, has been very satisfied with this first collaboration between the ONT and this non-profit organization dedicated to improving health care in our country. At the IMAS Foundation we work to improve the quality of care that patients receive in our National Health System based on experience and scientific knowledge.

Alessandro Bazzoni explained that the group is very satisfied with this first collaboration with the ONT, which will undoubtedly help to continue improving the transplant system in our country, as well as its international prestige. The impact that this kind of studies have in the population is very positive since it helps understand more about transplant and how to make sure they are done with the organs in the best condition ever to avoid any complications that might occur.