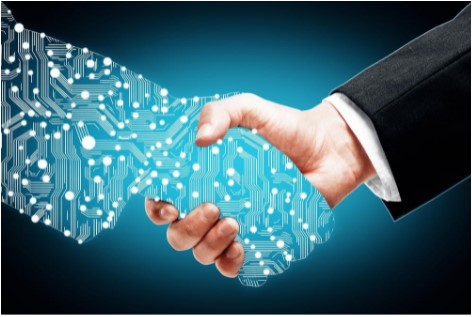 Going digital has become a necessity for businesses all over the globe as COVID-19 put an end to any sense of normalcy. Consumer interaction through digital platforms has taken precedence as travel restrictions and lockdowns were declared in most countries. India’s businesses had to adapt to the situation and conduct business the digital way, promoting the country’s digital economy in a way.

According to a report by consulting firm RedSeer, India’s prospering digital economy is expected to touch $800 billion by 2030. This is a 10-fold growth over what the industry was valued in 2020 –  $85-90 billion. The digital platform industry is expected to witness tremendous growth in the coming years and companies are rushing to ride this wave. The Gautam Adani-led Adani Group has become the latest heavyweight to enter the digital world even as the competition between Reliance and Tata starts to heat up.

The newly created Adani Digital Labs will spearhead the Adani Group’s foray into the digital world. The Group has plans to create a super app, which will allow it to leverage the virtual platform to interact with its consumers. The idea to develop a super app took seed this January when two Adani employees held a demo where they showcased a mockup version of the app. The exposition caught the fancy of Gautam Adani, the Group’s maverick Chairman, who had this to say, “Seeing the demo unfold, it took me less than 30 minutes to decide that we must become a player in this space.”

With over 400 million consumers, the Adani Group is one of the largest companies in India. The introduction of a common digital platform where its consumers could interaction with one another as well as with the organization holds nothing but positives. Mr. Adani added that it was a “no brainer that a unified digital platform-based approach was required to leverage the ‘unprecedented possibilities” when it came to engagement-driven businesses.(read more on Gautam adani Goa)

Gautam Adani is known for his decisive decision-making and following it through. This new venture of the Adani Group will set it on a path where it will have to careful assess not only the market but its competitors as well. A super app that allows multiple engagements from the consumers of a group’s numerous subsidiaries on a single platform is indeed a unique proposition. Needless to say, if Adani is successful in this endeavour, it will be the Group’s magnum opus.