Many modifications have been made to cars as well, with advanced and electrical features being applied to motorcycles and other modes of transportation. Among the most recent developments, the EFI technology is also a major breakthrough. This technology is now used in motorcycles and it is possible to say that the fuel injection system has its own brain to control it. Carburetors were no longer available.  The e-FI is a computer chip that interprets data from sensors in the system to keep the engine running at its best, as well as logging data for use in quickly and accurately diagnosing problems when service is required.

More Power: Engines with electronic fuel injection produce more power and torque than carbureted versions of the same engine. They preserve continuous optimum efficiency by optimizing fuel ratios and ignition timing while compensating for other factors. If you want to buy the best budget motorcycle with a more powerful engine then Bike Price in Bangladesh may be the best place to do so.

Fuel Use and Emissions are Reduced: To maintain optimum combustion conditions, the EFI continuously controls and changes the fuel ratio, as well as determining the exact amount of fuel that the injector requires to produce. Fuel consumption varies by the engine, but when compared to a carbureted engine, fine-tuning the delivery reduces consumption.

Boosted Reliability: Random engine stops, oiled spark plugs, and other issues associated with sub-optimal fuel ratios are all eliminated with EFI systems. EFI engines remove the need for regular changes, which are common with carburetors. You should buy your motorcycle with the EFI system to get the boost reliability in a sense.

Less Maintenance: One of the most significant features of an EFI engine is that it does not require the maintenance or replacement of a carburetor. That’s a significant time and money saver. Another example is that the EFI system is sealed, so the fuel is never exposed to the oxygen that causes it to spoil. The absence of contaminated gas reduces the number of times you have to bring the engine in for service.

Improved Fuel Supply: As compared to a carbureted system, EFI systems have a significantly better cold and hot starting efficiency due to their ability to determine the optimal fuel mixture for starting. Any piece of machinery is worthless if the engine will not start in a variety of temperatures, from scorching hot to freezing cold, and from sea level to high altitude.

Yes, you need to visit Bike Valy site for getting some extra ideas and thoughts about the EFI system of your monster bike. Many businesses are now using this technology to improve bike use and have a more pleasant ride. Because this technology is so advanced, it is out of reach for most people. But, it is about time that every motorcycle manufacturer tries to incorporate this cutting-edge technology into their models, and it will be available to every rider at a fair price.

We all know it’s used instead of a carburetor, but that doesn’t mean the carburetor isn’t useful. Both have their own benefits. It is up to the riders to decide how they want to ride. Keep in touch with us for getting some additional information on motorcycle riding tips. 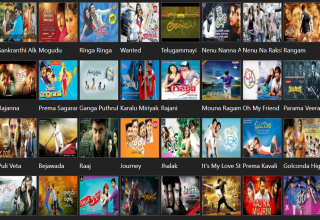 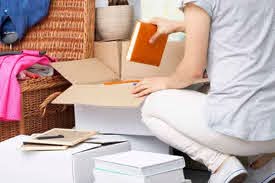